There Goes a Bunch of More American Tax Dollars to Countries that Don’t Do a Thing for the U.S.

When defecit busting spending just isn’t enough, the Biden-Harris has shown that they are willing to fall back to a tried and true Democrat method: under the guise of USAID, giving millions of tax payer dollars of supplies and materiel to nations that would no sooner watch America burn then lift a finger to help us.

Today’s example is Pakistan, the nation of choice for global terrorist organizations to disappear into under the protection of the Islamist government there. The very same nation that is pushing to launch a world-wide trade embargo of majority Muslim nations against the western world, hoping to impose laws forbidding the criticism of Mohammed.

“Pakistan’s prime minister Imran Khan has boasted that his plan for Muslim-majority countries to unite and force western governments to criminalize insulting the prophet Mohammed will work.

The 68-year-old leader said lobbying western nations, the EU and un to adopt blasphemy laws with a warning of a trade boycott if they do not do so will be ‘effective’ in achieving their goal.”

Millions In Aid From American Tax Payers –Despite Threats of Boycott

While certainly few people would object to providing COVID19 relief supplies to American allies in the region such as India where supplies have been sent in seven emergency air shipments or the Maldives Islands and Sri Lanka as the USAID press release of June 2nd reports.

Regarding the aid and supplies being sent to Pakistan the statement said,

“In Pakistan, this flight will bring 1,200 pulse oximeters, and 340,000 pieces of personal protective equipment for healthcare professionals. The United States and Pakistan have worked together closely to respond to the COVID-19 pandemic, and this donation is being made at the Government of Pakistan’s request.

Prior to this flight, the U.S. Government allocated $40 million to Pakistan for COVID-19 response assistance, including a donation of 200 ventilators to care for COVID-19 patients.”

In response to an already allocated $40 million in aid, the Pakistani government seeks to impose a mass-boycott on the United States and other western nations unless we waive our God-given right to free speech? What manner of gratitude is that? Is this how you respond to a nation that is generously providing humanitarian support? No.

Lara Trump Shows Off Her Toned Figure In Bikini

Lara Trump is always in the public eye. Nevertheless, she always stays classy, even when showing off her…
byStaff Writer
No comments 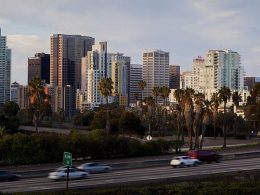 Dem City Has Declared Itself An Abortion Safe Haven

Worried over the possibility that the Supreme Court might quickly reverse Roe v. Wade, therefore ending the federal…
byStaff Editor
No comments

Jennifer Aniston in Tiny Black Dress and No Bra…Look Closely 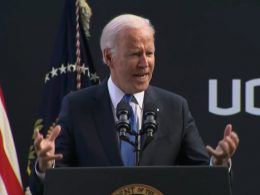 Throughout the term of the Biden-Harris regime, we’ve had multiple opportunities to watch Joe Biden gaffe his way…
byStaff Writer
No comments