Steve Bannon, former White House Chief Strategist and Senior Counselor to the President and campaign manager to President Trump, Breitbart executive chairman and host of Bannon’s War Room has made a career of speaking plainly to the American people and sending the mainstream leftist media into a full-blown, mouth-frothing frenzy. He’s done it again with a simple message about staffing readiness and it is glorious.

The latest episode of media apoplexy started with Bannon looking back and criticizing the shortcomings of the Trump Presidency which was fraught with staffing difficulties (and outright staffing DISASTERS) from day one. Bannon has called for advance preparations prior to a 2024 electoral victory in order to enable the next Republican administration to successfully dismantle the massive Democrat-Socialist apparatuses which have been steadily constructed over the last thirty years under Clinton, Obama, and now Biden.

“If you’re going to take over the administrative state and deconstruct it, then you have to have shock troops prepared to take it over immediately,” Bannon said in a telephone interview with NBC News. “I gave ’em fire and brimstone.”

On his War-Room podcast, he doubled down and sent the far-leftist shills into full meltdown,

Eloquently Triggering Leftist Meltdowns Is What Bannon Does

The Meltdown has been amazing with The Young Turks’ Cenk Uyghur simultaneously describing what Bannon was actually saying and then twisting it to meet the Democrat-Socialist narrative of his nightmare of dismantling an overwhelmingly sprawling government anyway, while contributor David Shuster shouts to the rafters that these “shock troops” are to be violent, jackbooted brown-shirts.

When #SteveBannon announces his intentions, please, Pay Attention!
2016 Cpac #Bannon promised2Dismantle govt from inside out> aka ANARCHY.
This time he wants #ShockTroops in place.
The Dismantling of govt=a threat to DEMOCRACY
He’s not being theoretical. https://t.co/ht09mbyx6v

Shuster launched on a deranged tirade which outlines well precisely what the Dem-Socialists are afraid of: America First Republicans making sure the votes are “counted in a certain way” (he must mean only counting the legal ones) and he suggests Trump supporters would “run elections in whatever sort of violent way they want to deny people the right to vote “. No one would run an American election in a ‘violent’ way, and the only people Republicans want to prevent from voting are those who do not have a legal right to (for example illegal immigrants.)

“No it’s not about staffing the government, this is about actually using violence, using raw power if necessary to force your will, not only on the government at the federal level, but also on the local level, at the state level. And oh by the way there are also a lot of Trumpists who are also now looking to try to run for Secretaries of State so that they can run elections in whatever sort of violent way they want to deny people the right to vote and to make sure that votes are only counted in a certain way.”

Check Out Bannon’s comments and judge for yourself. 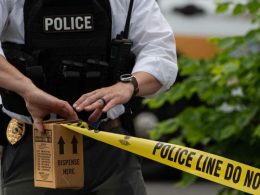 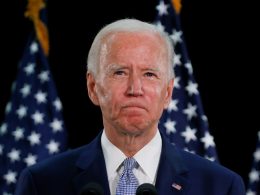 This is officially the last time I will write about this, so pay attention. Contrary to what hack…
byAnthony Smith
No comments