On June 26, Trump will hold his first rally at 7 p.m. at the Lorain County Fairgrounds in Wellington, Ohio, just 40 miles southwest of Cleveland. Tickets for the event are free, but limited to two per request. Doors open at 2 p.m.

According to a statement from Trump’s Save America PAC, the rally will mark “President Trump’s first of many appearances in support of candidates and causes that further the MAGA agenda and accomplishments of President Trump’s administration.”

The event will be in support of former Trump adviser Max Miller, who is challenging Representative Anthony Gonzalez in the Ohio primary for the 16th District..

“Max Miller is a wonderful person who did a great job at the White House and will be a fantastic Congressman,” Trump wrote in a statement endorsing Miller in February. “He is a Marine Veteran, a son of Ohio, and a true PATRIOT. Current Rep. Anthony Gonzalez should not be representing the people of the 16th district because he does not represent their interest or their heart. Max Miller has my Complete and Total Endorsement!”

Miller shared Trump’s statement in a post on Twitter, writing: “I am honored to be endorsed by President Donald J. Trump as I begin my campaign for Congress. I will never back down and will never betray my constituents. Join us. We will save America together.”

I am honored to be endorsed by President Donald J. Trump as I begin my campaign for Congress.

Join us. We will save America together.

Gonzalez was one of the 10 House RINOs who voted to impeach Donald Trump on a charge of incitement of insurrection after the storming of the Capitol building in Washington, D.C. on January 6th.

“The President of the United States helped organize and incite a mob that attacked the United States Congress in an attempt to prevent us from completing our solemn duties as prescribed by the Constitution,” Gonzalez said in a statement trying to explain his vote.

“During the attack itself, the President abandoned his post while many members asked for help, thus further endangering all present,” the RINO added. “These are fundamental threats not just to people’s lives, but to the very foundation of our Republic.”

Gonzalez was censured last month by the Ohio Republican Party. The resolution stated that Gonzalez had “betrayed his constituents” and “knowingly and willfully violated his oath of office” by voting to impeach then-President Trump. The party also called on Gonzalez to resign.

City Decides Screw Defunding Police, Does the EXACT Opposite

When city officials in the conservative town of Warsaw, Indiana heard the cries to defund the police they…
byMark Megahan
No comments 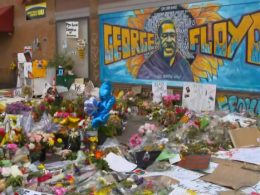 Wow: Patriotic Model Shows Off Her American Flag, and Much More

Patriotic model Elle Johnson has shared some saucy photos in her time on Twitter, but that’s not all…
byStaff Writer
No comments

Just in time for Joe Biden to make a big speech about infrastructure in Pittsburgh, the Forbes Avenue…
byMark Megahan
No comments