One irate fast food customer learned the hard way that she wasn’t at Burger King. Instead of getting it “her way,” she got whapped in the face with a blender. The word for the day is “escalation.” That’s when things go from bad to much, much worse. Maybe she shouldn’t have thrown that bag at the McDonald’s workers but they started it when they threw someone else’s crap at her — through the drive-thru window. Then they clowned around while she stood there holding the bag at the counter for almost half an hour.

Freaking out over fast food

Yet another clear case of McMadness strikes Colerain, Ohio, with a blender in the face case. Stereotypes are all too often based on reality. Postal workers really do have a tendency to go postal.

Whenever there’s a fast food incident, the Whopper King never gets headlines. All the good stuff seems to happen in the shade of the Golden Arches.

Putting the right items in the bag and handing it through a window isn’t rocket surgery but that simple task gets mangled somewhere in the U.S. every single moment. If you’ve never been handed the wrong bag, you don’t eat fast food.

Once in a while they accidentally hand out a bank deposit. Things even out a little when you hit the lotto by buying lunch. While that has happened, it’s not nearly as frequent as handing out the wrong order.

Brittany Price placed an order for her family in the drive-thru at the McDonald’s in Colerain, Ohio. That’s a little much to ask average fast food workers to cope with these days.

As usual, they handed her the wrong bags. As usual, she checked her order before driving off the lot and found it was wrong. So she parked, abandoned her children in the vehicle, and went inside. Only for a moment to trade the wrong bags for the right ones, right? Wrong.

Assault with a deadly blender

As she’d done regularly, hundreds of times before, she patiently “explained her problem to one of the employees.” That was more that the counter girl’s three brain cells could cope with. “Price found herself waiting 23 minutes, which was much longer than she felt was reasonable.” She had no idea, when she snapped, that they’re used to that on the other side of the fast food counter.

Modern restaurant workers are well trained, well prepared, and most of all, well armed. “With her four kids waiting in the car, Price became impatient and walked back up to the counter to confront staff members.” Bring it on, they grinned back.

“I wanted to get some Happy Meals and some cheeseburgers and that was a very unhappy day for me.” She “angrily demanded a refund before picking up each of the Happy Meals and chucking them at the manager.”

Un-phased, the manager returned fire, hurling “a large plastic blender at Price, sending her flying back to the floor.” The lesson she learned is take whatever damn food they hand you next time, and be “happy” with that. Whatever you do, don’t go inside the lobby unless you have body armor.

While her kids were left wondering what happened to their mom, “Brittany Price was left with a shattered cheekbone and broken nose.” Once they finally got her some medical attention she needed “surgery to repair the damage to her face.” She didn’t get her food but she did get a lawyer.

McDonalds sent out the McPublic Relations team. “The safety of our customers and employees is of utmost importance to us. We are looking into this matter and will take the appropriate steps once our investigation is complete.” Over at Papa John’s they conceal carry handguns. After making some popcorn and watching the films, “police have determined that they do not plan on charging the manager.” It was justified use of a blender in self-defense. Word on the street is that the contents of a McDonald’s bag is deadly.

The FBI is changing their tune on the synagogue terrorist attack, and what they are saying now will…
byStaff Writer
No comments 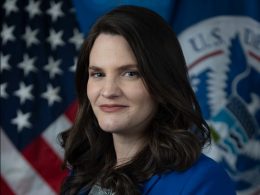 The Department of Homeland Security dealt with Twitter on its ill-fated Disinformation Governance Board, according to whistleblower files,…
byStaff Writer
No comments