Now, don’t get too excited just yet.

This was NOT a peace agreement, but it will probably have a more direct impact on many of us much quicker than an end to that war.

Russia and Ukraine have signed a grain export agreement, meaning the flow of grains will again be opened from Ukraine.

If you have noticed rising bread prices and other grain-based products, we should start to see that ease in a few months.

Ukraine supplies almost half of the grains used worldwide, so this conflict has created a massive shortage.

This agreement opens up shipping lanes in the Black Sea without threat of attack, so Ukraine can again start exporting these grains.

UN Secretary-General António Guterres stated, “Today, there is a beacon on the Black Sea. A beacon of hope, a beacon of possibility, a beacon of relief in a world that needs it more than ever.

“The question has not been what is good for one side or the other.

“The focus has been on what matters most for the people of our world.

“And let there be no doubt – this is an agreement for the world.”

On a different note, the fact they were able to sit down and knock this agreement out gives us hope they will come to their senses soon enough and sign a peace agreement.

I would not expect that to happen overnight, but this is huge progress in this conflict, finally showing a light at the end of the tunnel.

A famous rap artist was shot and killed outside of a bakery in southern Memphis, Tennessee where he…
byStaff Writer
No comments 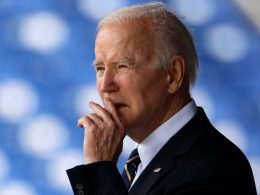 Biden Truly Has No Plan- And It Shows

Joe Biden is “rattled,” according to NBC News, and “looking to regain voters’ confidence that he can provide the…
byStaff Writer
No comments