David Ismay, the Massachusetts “Climate Czar” under RINO Governor Charlie Baker just admitted what must be done to Americans in order to meet the progressive left’s insane climate policy goals. Ismay breathlessly laid blame on the American people that “60% of our emissions come from you and me…residential heating and passenger vehicles…”

“You…the senior on fixed income…There is no bad guy left–at least in Massachusetts–to point the finger at to turn the screws on and, you know, break their will so they stop emitting.  That’s you. We have to break your will.” Ismay said on a recorded Zoom Call.

“Ismay is openly threatening the ability of citizens to legally heat their own homes or drive their own vehicles.  So, he plans to intentionally regulate taxes so much that they cannot afford to own and heat a home of their own.  They will have to rent some kind of government efficiency dwelling as part of The Great Reset, which openly states that citizens will “own nothing and be happy.”

Mr. Ismay seemed to acknowledge the fact that this was a clandestine, hidden goal from the American people when he admitted “I can’t even say that publicly”. No-one on the call seemed surprised by his comments or in any way shocked. That’s because this has been the progressive-socialist globalist agenda for decades, it is only recently that the American people have begun to become aware of it. And why the left has moved openly and quickly to suppress all dissent.

The Globalist Climate Plan for Americans

This is the mentality of the World Economic Forum at work a group which calls for “The end of products, the end of ownership.” discussing that you will no longer purchase items or property but merely “the use of an asset”. “By selling the ‘use’ of an asset rather than the asset itself, manufacturers will remain responsible for the product and want to ensure that it does not wind up in a landfill following its first life cycle. ”

Wanting to own your own vehicle, home or goods, wanting to fuel your vehicle or heat your home? These concepts don’t fit into the future the left is designing. 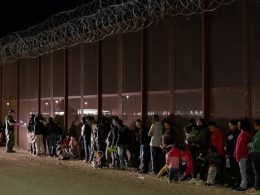