Fast moving police in Terre Haute, Indiana managed to get an IED neutralized a split instant before it exploded and massacred half their force. A suspect has been arrested in connection with the homemade bomb.

The Imperial Palace continues to condone the nightly attacks on police stations so it’s no surprise that Curtis Todd Hogan thought he could get away with blowing up a few of his local pigs.

It took a while to track him down but the improvised explosive device they found outside the station early Saturday had a unique recipe of “paint thinner, ammunition and nails inside a plastic gas container,” court documents reveal.

The 50-year-old suspect is currently chilling out in the Vigo County Jail. He’ll be there until he comes up with $50,000 in cash. The judge specified a “cash only” bond.

His next scheduled appearance is Thursday at the Superior court for “preliminary charges of possession of a destructive device, a Level 2 felony, and attempted arson, a Level 4 felony.” One of his associates turned him in to police.

According to local news reports, Hogan “was identified as a suspect after a tip city police received when they posted photos of a suspect on social media.” He’s presumed innocent until he has his trial but cops are certain they have the right man.

Sergeant Adam Loudermilk filled out an affidavit that explains what happened. He was outside the building on Monday, in the parking lot when he noticed something just a tad suspicious.

Around 12:41 a.m., a passerby saw the burning plastic gas can “at an unused door on the west side of the police station at 12th and Wabash and called Loudermilk’s attention to it.

They soon had it “extinguished” and thankfully no one was injured. Once they got a close look at it they realized how lucky they had been to notice the device when they did. It was full of .22 caliber rifle ammo.

The would be bomber wasn’t nearly as smart as he thought he was. He didn’t bother to take off the identifying stickers. “By tracing a bar code label on the container, police found two gas cans were sold Friday at a local business.” It wasn’t hard to narrow the possibilities down even tighter than that. “Officers found one person had purchased only a gas can.” He wasn’t the guy.

The “second person bought a gas can, paint thinner and nails.” The bomb was full of paint thinner. While they were there, “Investigators also purchased the same items to compare with the evidence.”

Then the police took a look at the store surveillance video. They could clearly see “a man purchase the items using cash at a self check-out.”

They carefully noted the details of “physical appearance, such as beard and body build, as well as his clothing, and vehicle.” They then passed around some photos on Facebook with a phone number for tips. It paid off. Someone reported “the suspect lived in the 2000 block of Washington Avenue.”

They instantly recognized their suspect so police stopped and detained the man when he came out of the grocery store” that they had followed him to.

“A search warrant for his residence on Washington Avenue revealed a receipt from the home improvement store showing the purchase of the gas can, nails and paint thinner. Police also found an empty box of .22 caliber ammunition in the home.” He won’t be home again for a long time. 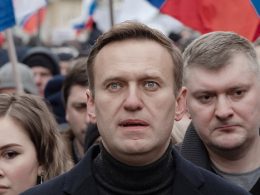 Trump Just Sent Them ALL Cease-and-Desist

Child COVID Fixation: A Slap in the Face to Science

While the political elite continues to dominate the masses, it is children who are one of the biggest…
byAmalia White 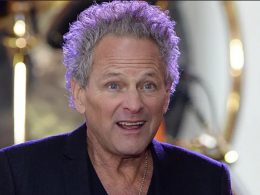 One of the greatest rock bands of all time could be getting back together real soon, but they…
byMark Megahan