A fresh report on Former President Donald Trump’s grassroots support has congressional leaders scrambling. Things aren’t going as well as the Imperialists would like. The Democrats didn’t have enough turncoat traitors to convict so they have to face the fact that Trump can run again. His deplorables are still on board the Trump Train but they aren’t real happy with “Republicans.”

Mitch McConnell is out of the closet as a Democrat and spewing liberal filth. If the Republican Party expects to survive, he’s one of the first RINOs who must be purged.

Politico took a poll after the acquittal and compared it with one they took the day after the barbarian invasion of the Capitol Building. What the report shows is that 59 percent of voters who are still registered Republican “want Trump to play a major role in their party going forward.” McConnell’s head exploded when he saw that.

According to the report, since the previous round of questions, Trump’s support “jumped by double digits” up a full 18 points from January 7. Also, 81 percent of Republican voters “have a positive view of the former president.” They’re ready to push him through a primary tomorrow.

“A majority of Republicans,” 53 percent, “would vote for Trump if the 2024 primary presidential primary were held today.” Donald Trump is ready to take up the challenge. “In the months ahead, I have much to share with you, and I look forward to continuing our incredible journey together to achieve American greatness for all of our people.”

Politico reached out to 1,984 registered voters on the 14th and 15th and also report that Mike Pence isn’t scoring nearly as well as Trump. “Former Vice President Mike Pence had the support of 12 percent of Republicans.”

All the others they asked about were in single digits. Donald Trump Jr. and former U.N. Ambassador Nikki Haley each pulled 6 percent approval while the rest had numbers too low to mention.

Rounding up the RINOs

RINO Republicans In Name Only like Mitt Romney and Jeff Flake are ready to kick each and every deplorable Trump supporter right out of “their” party and Mitch McConnell is making the Kool-Aid. The latest report indicates that voters see things a little differently.

If the Republican Party expects to survive the coming year, there absolutely must be a purge of anyone not committed to the conservative core values that the GOP was founded on. Democrat lite moderates must go.

Seven Republicans revealed for the whole world to see that they’re really nothing but dirty Democrats, and double crossing traitors at that. There’s a whole herd of “moderate” RINOs lurking in the shadows as Democrat sleeper cells and they have to be pushed out before the voters will have any faith in the integrity of the GOP.

The Politico report made that crystal clear. Conservatives want Trump and his secure borders nationalism. They want to Make America Great Again, not sell out to open borders globalism.

When a so-called Republican steps up and starts saying the things Senate Minority Leader Mitch McConnell blurted out, conservatives who identify as Republican want to have him impeached.

The report doesn’t mention that the conservative American public is furious to hear an alleged Republican say things like Trump was “morally” responsible for the staged false-flag event at the Capitol Building. The renegade RINO is even claiming that insisting on free and fair elections is a dangerous “dereliction of duty.” 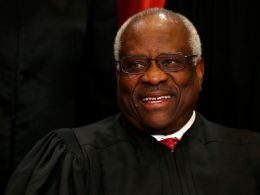 The prime minister of Malaysia and his entire cabinet have officially submitted their resignations to the king, according…
byStaff Writer
No comments