Now that election day is finally here, our National Guard Troops are ready to rock and roll. Liberals are expected to show exactly how peaceful their city burning protests can be. The troops are standing by but it’s up to the Governors to put them to work.

A wide range of Guard tasks

Once deployed, the National Guard will face a wide range of missions running the spectrum from riot control to cyber defense. Two special military police units are assigned for snap deployment anywhere in the country as needed. One group of 300 is based in Alabama for the eastern half of the nation and a corresponding 300 in Arizona for the west. Troops have also been disbursed to Florida, Oregon, Illinois, Massachusetts, Nebraska, Tennessee, Washington, Wisconsin, and Wyoming. In all, “at least 3,671 Guard troops have been committed to the effort,” officials relate.

It’s “unlikely” for the soldiers to “federalize for the election and go under President Donald Trump’s control,” senior officials assure. “There would be no added benefit of federalizing Guard forces,” Army Major General Jeff Holmes explains. He serves as Tennessee’s adjutant general. “I cannot think of any scenario where we would recommend or ask for being federalized.”

Along with riot control, the weekend warriors will be performing new and unusual tasks as well, depending on where they are deployed. “Being a poll worker is something that’s new to the Wisconsin National Guard,” Army Brigadier General Robyn Blader of the Wisconsin division admits. “However, serving our state during times of need is one of our core missions, and that isn’t new. Our service members continue to answer the call, and they continue to be willing to serve their state and nation in times of need.”

From riots to cyber defense

Besides the two special units poised to rapidly deploy anywhere in the nation as support and backup for local law enforcement, there will be many others serving as poll workers or fighting international computer hackers. 10 members of the Colorado National Guard Defensive Cyber Operations Element were activated “to assist with election cyber security defense efforts during the 2020 Presidential election” by an Oct. 19 executive order from Colorado Gov. Jared Polis. Several states are concentrating the military help on cyber defense and in Wyoming they are only deploying one Guardsman, Chief Warrant Officer 4 Warren Burgess, whose task will be “to identify network vulnerabilities and keep state networks secure and operational throughout the election.”

In Illinois, they aren’t saying what they will be using the troops for but they are definitely “mobilizing them.” Snapchat has lots of images to back that up. “For security reasons,” the Illinois commander is not going to discuss the specifics of troop movements.” Obviously, “people can see Illinois National Guard trucks and troops moving. This is to be ready to respond if needed, but we have not been given any missions.”

In Kentucky, the National Guard will have 280 troops assisting local officials at the polls. “Troops will be in civilian clothes, and they will provide administrative and logistics support to polling sites in 38 counties, to include setting up and cleaning polling locations and assisting with traffic, parking, and crowd control.”

War on Police: 2 Officers Killed and Another Precinct Attacked

While the Biden-Harris regime continues to turn a blind eye, the destabilization of Central Africa continues. In the…
byMatthew Holloway

Rep. Richard Hudson (R-NC) has led 140 members of Congress to express their outrage in a letter to…
byMatthew Holloway 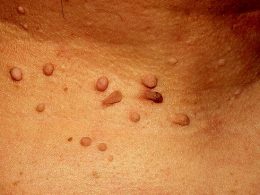 A new, cost-effective product to easily remove skin tags at home has been released, and people are loving…
byAnastasia Boushee