The leftists can hardly contain their glee as Ethan Nordean of Washington and Joseph Biggs of Florida both of the Proud Boys are ordered back into custody as they await trial for their participation in the January 6th Capitol Breach. While the case against these two men was noted by a Federal Judge Beryl Howell as being “weak”, according to Politico, prosecutors have brought evidence of an alleged “conspiracy” which enhanced prosecutors request to remand the men into custody.

On Monday, Judge Timothy Kelly, a Trump appointee, ordered Nordean and Biggs to be arrested and jailed again while they await their pending trials, the Associated Press reported.

“The defendants stand charged with seeking to steal one of the crown jewels of our country, in a sense, by interfering with the peaceful transfer of power,” Judge Timothy Kelly said as he explained his decision. “It’s no exaggeration to say the rule of law and … in the end, the existence of our constitutional republic is threatened by it.” Perhaps someone could inform the good Judge that as a Constitutional Republic we do not possess “crown jewels” and the Capitol is the property of the people not the state.

Judge Kelly also seems to have an interesting interpretation as to what consititutes “conspiracy”. Politico reported, “Kelly acknowledged there was no evidence of Nordean or Biggs ordering specific criminal acts, such as the breaking of the window, but the judge said that wasn’t critical to the strength of the case. “Those things are not necessary for a conspiracy case to be relatively strong,” he said.

There was a preponderance of circumstantial evidence at the initial indictment supporting conspiracy but as Judge Beryl Howell said March 3rd “That’s a far cry from what I heard at the hearing today,”

Circumstantial Evidence of Conspiracy to not Order Criminal Acts?

Judge Kelly, “described the challenges of prosecuting a conspiracy case based on circumstantial evidence — a fairly common reality since criminal conspirators rarely document their plans explicitly. But Kelly said the overwhelming volume of evidence showing that a plan existed — even if its specific contours are not entirely clear — show both men had strategized about how to stop the certification of the 2020 election.” according to Politico.

With Judge Kelly being a Trump appointee there seems to be a political flavor to this trial as he took the time in his already very verbose ruling to criticize former acting U.S. Attorney in Washington Michael Sherwin for what he said in an interview in March “he believed the evidence in the Capitol riot cases justified sedition charges that have not yet been filed.”

“Obviously, this was a highly unprofessional interview that Mr. Sherwin gave,” Kelly said. Sherwin has since been replaced but Judge Kelly added: “I am going to warn all sides here that comments that violate the local rules of this court — I’m certainly not going to put up with anything like that from the attorneys who have entered their appearance in this case from this point forward,” This all raises serious questions as to whether Judge Kelly can be counted on to rule fairly in this case, and the outcome for the alleged Proud Boys leaders is questionable. Don’t expect any protests or riots for them though.

Liberal-leaning media network CNBC just pushed the panic button on vaccines. The ones everyone are fighting over will…
byMark Megahan 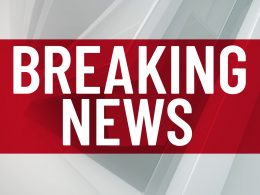 According to authorities, the FBI and CIA in Virginia are now on high alert after an a man…
byAnastasia Boushee 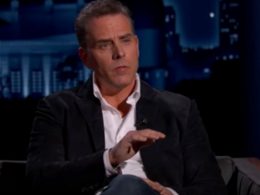 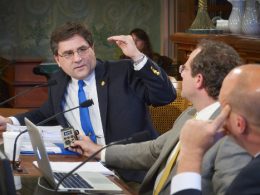 Dominion HARASSING Eyewitnesses Who Made Sworn Statements About Election Fraud