After being involved in a serious car crash and being severely injured, a young boy came back from the dead with a message from God.

Landon Whitley, 8, was riding home from church in the back seat of the car with his mom and dad on October 19, 1997, when the tragic accident occurred. As the family was driving through an intersection, they were T-boned by an ambulance returning to its station.

“I didn’t see what he was yelling at. I didn’t see the ambulance coming, but I remember him yelling. That was the last thing I heard from him,” Landon’s mom, Julie Kemp recalled, referring to her husband Andy, who died instantly upon impact.

Rescuers were able to stabilize Julie, but they had no idea that Landon was in the car.

“They couldn’t see his body because of the damage that was done to the driver’s side of the car and Landon was sitting behind his dad,” Julie explained.

As soon as the rescuers saw Landon’s shoe, they realized what had happened and began searching for a child’s body. When they finally found Landon, he was not breathing. They began resuscitation efforts immediately, and life-flighted him from the scene of the accident.

Landon died two more times that day, but was brought back to life each time, though doctors knew the young boy was not out of the woods. 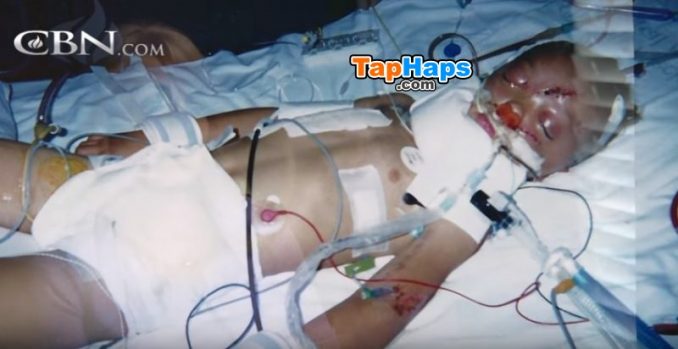 “They told me that if he lived, which did not look good, but that if he lived, that he would be like an 8-year-old baby,” Julie said. “He would not know how to walk or talk or to eat because of all the brain damage. I was so desperate that that was okay. I would take that just to have him. He was all that I had.”

While Landon was fighting for his life in the hospital, Julie held her husband’s funeral. During the funeral, she said that she began to feel abandoned by God.

“I was very disappointed, heartbroken. And when I’m sitting at the funeral I’m fussing at God. I don’t understand why this happened,” Julie said. “I don’t understand why He didn’t send angels to protect us. But in the very next breath, I’m praying as hard to Him as I’ve ever prayed in my life for Landon to live.”

Despite suffering massive head trauma and being left in a coma hooked up to machines to stay alive, Landon opened his eyes two weeks after the accident. To everyone’s shock. the eight year old didn’t have any brain damage.

As Julie was celebrating her son waking up, she realized that she had to inform the young boy of his father’s death.

“He had scars on his face. And his head was just full of hurt. And I didn’t want to hurt him anymore,” she recalled. “So I asked Landon, I said, ‘Landon, do you know where your dad is at?’ And, he told me, ‘Yes, I know where he’s at. I saw him in Heaven.’”

Apparently, his father wasn’t the only person Landon saw in Heaven. The young boy told his mother that he had seen family friends who had passed away, as well as siblings he never knew about.

“He looked over to me and he says, ‘Oh mom, by the way, I forgot to tell you. I saw your other two kids.’ And I just looked at him because I wasn’t sure what he was talking about. But I had two miscarriages before Landon was born. And he saw them in heaven,” Julie said. “We had never shared that with Landon. He did not know that we had lost two children before him.”

“I knew that they were my siblings even though no one had ever told me about them,” Landon said. “Just being in Heaven, I guess you know—you know your own or you know who everyone is.”

Each time that the young boy died, he recalls having a different experience in Heaven. Landon says that the third time he died, he met Jesus and was given a message and a mission.

“Jesus came to me and told me that I have to go back to earth and be a good Christian and tell others about Him,” Landon said. “I just want people to realize that Jesus is real, there is a Heaven, there are angels. And to follow His word and the Bible, and life does get better at the end.”

Landon followed that command, as did his mother. Today, the two are still using their experience to help others who are struggling with loss and need hope.

“I know I’m doing it for Jesus,” Landon said. “I know that He’s real. I know that angels are there. I know that there’s a heaven. I’ve seen Jesus. I know He’s there. He’s asked me to do this and this is what I’m doing.”

“I didn’t understand in 1997, you know, why God didn’t send an angel. But, I know that there were angels there. And, I know that we were protected and we are living out what His plan is for us,” Julie said. “Instead of staying stuck in grief or instead of staying mad at Him, I was able to use this story to help others not to give up and to keep their faith on their grief journey.”

“It is a huge blessing that I get to watch my child tell others about Jesus,” she added. “He is always willing to let others know that there is a Heaven. Cause he’s been there.” 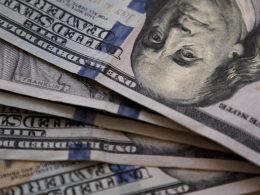 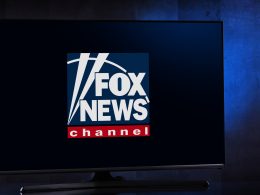 Fox News has once again answered the bell for relief efforts. The network has donated $1 million to…
byStaff Writer
No comments 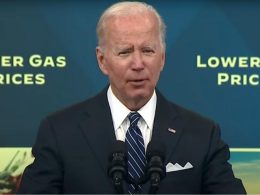 Unprecedented: 88% Of Americans Say We Are On the Wrong Track 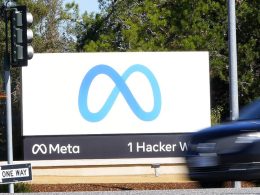