The Mainstream media was caught completely flat-footed on September 11th, 2021. Former President Donald J. Trump, rather than attending the 20th Anniversary 9/11 memorial ceremony in order to be seen by the press, four living former Presidents and first ladies, and all of the other arbiters of the American elite, chose to very quietly pay a visit to New York’s bravest and finest, visiting the front line, like real leaders do. Multiple news outlets have reported that President Trump left Trump Tower in Manhattan on September 11th and visited with New York  City’s heroes, dropping in on a police precinct and fire station close by.

Trump Knew Where Real Leaders Go: To The Front

Trump was asked by an NYPD officer if he would consider running again and the President replied smiling “We’re not supposed to be talking about it yet… But I think you’re going to be happy,” According to The Hill, President Trump took aim at the Democratic petty-dictatorship of New York under Mayor Bill DeBlasio,”If you had the proper leadership, you could straighten out this city in one week.”

“if they let you do your job you wouldn’t have crime in New York!”

Former US President Donald Trump is asked by an NYPD officer whether he might consider running for office again.

"We're not supposed to be talking about it yet… But I think you're going to be happy," he replies.

Trump read the moment precisely correct, and instinctively seemed to know what the occasion needed, which wasn’t another stuffy, stodgy, perfunctory ceremony, but some genuine outreach to the heroes of 9/11 letting them know that the American people love and stand beside them.

“I’ve been given so much support by the people who do what you do,” Trump told the friendly audience.  According to The New York Post, “We love the blue. I’ll say it loud. You know, you’re not supposed to say that. We love the blue.”

BREAKING: President Trump just made a surprise visit to the NYPD and FDNY on the 20th Anniversary of 9/11

“We’re not supposed to say it, but I’ll say it. We love the Blue.” pic.twitter.com/1aSAvkEpZe

During his remarks to the gathered heroes, Trump was asked about Afghanistan and Joe Biden, his answer was sharp and direct.

“We surrendered, and we cannot let that happen because that is a stain on our country that’s worse than any stain we have ever had before,” Trump said.

He also criticized Biden for not speaking at Ground Zero, RealClear Politics reporter,

No teleprompter,” someone said.

“He went to all three places, he went to the Pentagon, went to Pennsylvania, he came here and he did not speak,” the former president said.

“Because he can’t finish a sentence,” someone in the audience quipped.

“What a shame,” Trump said. “The election was rigged and that’s what we got.”

First-hand story of what really happened at Disney 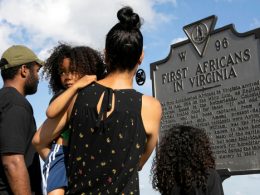 Special Forces veteran Jim Hanson has a stark warning for conservatives. If you don’t wake up, you’ll end…
byMark Megahan

The bizarre hunt for notorious fugitive Brian Laundrie just took a startling new twist. His parents have been…
byMark Megahan 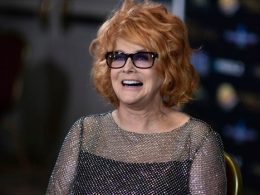 Ann Margret Opens Up About Her Time Spent With John Wayne

As Ann Margret passed the milestone of reaching 80 years of age, marking her birthday on April 28,…
byMark Megahan