NYPD Detective Anastasios Tsakos was laid to rest in Greenlawn, NY May 4th honored by hundreds of fellow Police officers rendering salute from New York, Staten Island and Long Island even Yonkers, Syracuse, New Jersey, and beyond. Tsakos was fatally struck by a drunk driver on the Long Island Expressway in the course of his duties on April 27th, he was a 14 year veteran of the highly respected NYPD Highway Patrol. The woman who struck Det. Tsakos, Jessica Beauvais, 32 of Hempstead, NY faces manslaughter charges and up to 15 years in prison.

Prior to joining the NYPD Det. Tsakos also served in the Greek Army as a Second Lieutenant and was known for his dry humor delivered in his Greek accent. According to the Long Island Press, New York City Mayor Bill de Blasio said,

“Right now, there are two families that are in mourning and suffering,” Inspector Nicole Papamichael, head of the NYPD Highway District, said Thursday. “The Tsakos family — my heart goes out to them — and the NYPD family. “We’re suffering a tremendous loss, and he can’t be replaced. A wonderful man, a wonderful father, and a wonderful cop. One of the hardest workers I ever met.”

Papamichael said Tsakos won more Officer of the Month honors than any other cop in Highway 3.

A Fitting Salute to An Honored Detective, Husband & Father

The funeral procession for Detective Anastasios Tsakos comprised of dozens of motorcycle mounted officers, police cruisers and other Highway patrol vehicles was neary four minutes long as it wound through the streets to reach Greenlawn Cemetery from the St. Paraskevi Greek Orthodox Shrine Church.

Tsakos’ left behind his wife Irene, their 6-year old daughter Jenny and 3-year old son Stavos. In her eulogy for her husband Irene said ““One of his dreams was to one day hit the Lotto and buy his own small plane so we could travel the world,” Irene said. “My heart would still skip a beat when I look at him even 10 years later. I will miss everything about him … I wish we had more time. I wish we could grow old together. That was the plan.”

“Now our kids will grow up without their awesome dad,” she continued. “Every day they’ll see his face and learn all about the things he did. They will never forget, I will make sure of that.”

She went on to describe the great love Anastasios had for his children and his passion for riding his Harley Davidson.

GoFundMe’s have been created by the Tsakos Family and by the Fund The First Foundation between both approximately $376k has been raised to support Irene and their children. 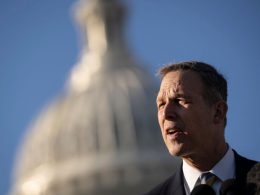 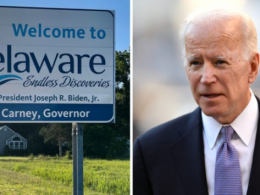 The GOP has a new plan: they are going to fly planes right to Joe Biden’s doorstep so…
byStaff Writer
No comments 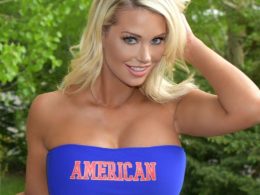 Patriotic Model Shows Off Her American Flag, and a Whole Lot More!

Patriotic model Elle Johnson has shared some saucy photos in her time on Twitter, but that’s not all…
byStaff Writer
No comments 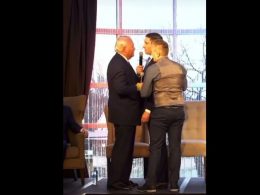 Nope, This Wasn’t UFC, This Was A GOP Senate Debate (Watch)

In the early evening hours of March 18th, two leading GOP candidates for the U.S. Senate seriously got…
byStaff Writer
No comments