Harris began to cackle awkwardly upon referring to herself as “former Senator Kamala D. Harris of California” she commented herself “Yeah, that was very weird.” seemingly quite amused by what 75 million Americans viewed with wariness and apprehension, the full Democrat party takeover of our government in a series of  dubious elections.

First-Day on the Job: Laughing in Our Faces

The situation called for a certain solemnity, restraint and respect for the minority in the senate and half of the electorate. 75 million people who feel betrayed and ignored by the system which produced what they view as an illegitimate government which has set its’ will firmly and vocally against them. A government that views and will now institutionalize that their dearly held beliefs constitute “hate-speech” and that they are in need of “de-programming”. A government that has declared many of their grassroots attempts to affect political change as “domestic terrorism”.

WaPo’s @Eugene_Robinson to @nhannahjones: How do we “deprogram” Trump supporters? pic.twitter.com/LnFrAd6NXZ

A Pre-Cursor of Things To Come

This is a very educational moment for the moderate-liberal, conservative and libertarian people of America. Kamala D. Harris and Joseph R. Biden are not interested in working with you on an equal basis. Harris’ very hot-mic reaction here also could demonstrate that she isn’t taking her current role seriously because she sees it as a transitional move only. It’s very likely that Harris doesn’t intend to occupy the office of Vice President for very long.

A Wall Street Journal, editorial suggested the inevitability that Harris will ascend to the Presidency upon Biden’s end of term or sooner due to incapacity. “Mr. Biden’s choice is especially important because he would be the oldest President on Inauguration Day at age 78. The actuarial tables and his declining mental acuity suggest he wouldn’t run for re-election, assuming he lasts a full term.”

They further described Harris as,

“A ferocious partisan. As California AG she killed a deal that would have rescued some ailing Catholic hospitals because of opposition from the Service Employees International Union. In the Senate she was one of the nastiest questioners of Brett Kavanaugh, which is a high bar. She floated some innuendo about the judicial nominee’s alleged secret discussions about Robert Mueller’s Russia probe without any evidence. “

Again this situation called for solemnity, restraint and respect. A deference and respect for a honored and loyal opposition. This was an opportunity to pursue the “unity” that Joe Biden has attested he seeks. Instead, we had Kamala Harris laughing in our faces, seemingly gloating over her final defeat of conservativism. Remember though, “First they ignore you, then they laugh at you, then they fight you, then you win”- Mahatma Gandhi

After Indiana Republican Gov. Eric Holcomb vetoed a bill that would have prevented biological men from competing in…
byStaff Writer
No comments

An overall of 4,081 causes of death were declassified as COVID-19 casualties after a brand-new, but still inflated…
byStaff Writer
No comments 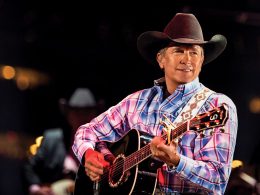 Biden Walks Up to Reporter, Says These 4 Words, Now WATCH the Microphone