Coast Guard Spotted Movement on a Remote Island, Then Looked Closer…Can You SEE Why

While the U.S. Coast Guard was doing a routine service patrol in the Bahamas, they spotted movement on a remote island in Anguilla Cay, a small, uninhabited group of islands that sits about 45 miles north of Cuba.

The movement ended up being a group of three people — two men and a woman, all from Cuba — who had been stranded on the island, living on coconuts, conchs, and rats.

Lt. Riley Beecher was commander of the aircraft that first spotted the movement, and said that his plane was flying at approximately 500 feet in the air when he saw a makeshift flag.

“I’ve seen this island many times, but it kind of stood out,” he said on Wednesday. “As we got closer, right on top of the flag, two individuals came out frantically waving their hands, trying to signal us down that they were really in distress.”

From there, the crew was able to drop food, water, and a radio on the island in order to communicate with the group. Upon speaking to the stranded individuals, the crew learned that they were from Cuba, a woman in the group needed medical attention, and “they had been there for a whopping 33 days,” according to Lieutenant Beecher.

A second plane, commanded by Lt. Justin Dougherty, was sent in to drop a package with water bottles, life vests, sugar packets, and “whatever food we had on us for our own personal use,” warning the stranded individuals that they should not eat too much too quickly.

They also assured the group that a rescue helicopter or boat would be arriving shortly.

“They are incredibly lucky to be alive: It can be pretty unforgiving out there,” Lieutenant Dougherty said. “Luckily these people they did a great job of making some type of signal for us to see.”

The stranded Cubans told the crew the story of their situation on the radio, revealing that a storm had hit their boat five weeks ago, and they were forced to swim to the island. They did not provide any details as to where their boat was headed.

“I was amazed how well they had it together, how coherent they were speaking to us,” Lieutenant Dougherty said. “They definitely sounded really relieved.”

Though the rescue was delayed due to bad weather, the group was eventually saved and hoisted into a rescue helicopter, then flown to Lower Keys Medical Center in Key West.

“Thanks to our aircrews diligently conducting routine patrols, we were able to spot people in distress and intervene,” Sean Connett, a command duty officer at Coast Guard Seventh District, said in a statement. “This was a very complex operation involving asset and crews from different units, but thanks to good communication and coordination between command centers and pilots, we were able to safely get everyone to a medical facility before the situation could worsen.”

After being evaluated at the hospital, the group was handed over to the U.S. Border Patrol, then later transferred to Immigration and Customs Enforcement. 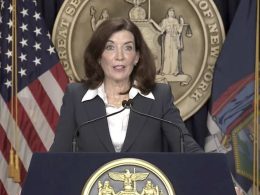 One day after a shooter in Uvalde, Texas, brutally murdered 19 children and 2 teachers, New York Gov.…
byStaff Editor
No comments 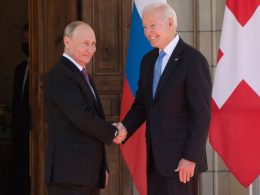