The failure of the Biden-Harris regime’s strategy in Afghanistan was predicted by many in conservative and Republican circles months in advance. On June 16th that failure cost the lives of 22 Afghan Special Forces Commandos according to a video released by CNN. The soldiers, who had surrendered, were summarily executed by the Taliban in a brutal fashion. Those special forces soldiers had fought fiercely for two hours to maintain their position according to witnesses, but like many Afghan units lacking the logistical support of US Forces and ISAF: they ran out of ammunition.

“Surrender, commandos, surrender.” Several unarmed men emerged from a building, Taliban terrorists open fire with cries of “Allahu Akhbar” or ‘Allah is Great’ in Arabic. The surrendering soldiers were slaughtered in Dawlat Abad of the  Faryab province near the Turkmenistan border. Dawlat Abad is one of “about 250 of Afghanistan’s nearly 400 districts,” which the Taliban claims to control according to Breitbart and the AFP, about 85% of the country.

CNN reportedly spoke to witnesses of the massacre, “a shopkeeper in the bazaar where the shooting took place — agreed some of the Taliban sounded foreign. He said the commandos “were not fighting. They all put their hands up and surrendered, and (the Taliban) were just shooting.”

“The commandos were surrounded by the Taliban. Then they brought them into the middle of the street and shot them all,” another witness said.

According to CNN, the Taliban has stated that the video evidence is “fake”, “fabricated” and “government propaganda”.

A Taliban delegation landed in Moscow two weeks later on July 9th to parlay with the Government of Vladimir Putin, a man who as a KGB operative in the 1980s has been embroiled in the Asian nation’s wars and intrigues for over forty years. The Russian News agency TASS was told by Taliban representative Mohammad Sohail Shaheen,

“We came [to Moscow] to talk about the current situation in Afghanistan with the Russian side, and also to assure them that we are committed that we will not allow anyone to use the soil of Afghanistan against Russia, the neighboring countries and other countries,”

“Taking Afghanistan by military force is not our policy, our policy is to find a political solution to the Afghan issue,”

“We confirmed our commitment to a political solution here in Moscow once more,” Shaheen added. “We could capture provincial cities easily, but we remained outside them voluntarily.”

It would appear that since meeting with the Kremlin, the Taliban have changed their policy on ‘military force’, or more likely they were just lying, to begin with. Hopefully, the Russians educated as they were by the ten-year-long Soviet-Afghan War have remembered well that the so-called “Islamic Emirate of Afghanistan” is not to be trusted.

In the chaos and void being left by the Biden-led clumsy, stilted telegraphed withdrawal of US and ISAF forces the Chinese Communist government is now offering to step-in as “Mediator” and “Guarantor Of Security” according to the CCP-propaganda outlet Global News who wrote,

“Against the backdrop of the hasty withdrawal of US and NATO forces and the complicated evolution of the situation in Afghanistan, this meeting is of important significance for properly dealing with the changing situation in post-withdrawal Afghanistan, jointly advancing the peace and reconciliation process, strengthening efforts to fight the three evil forces, namely, terrorist, separatist and extremist forces, and effectively maintaining regional security and stability, Wang said.”

“As the US’ “irresponsible and hasty” withdrawal from Afghanistan has given rise to security threats in the country, regional countries are turning to China, hoping it could coordinate a multilateral framework in dealing with the issue, according to analysts.”

“Yang said that China might offer financial or technical help to the countries as they face challenges in securing the border areas. ”

“China’s consistent position on the Afghan issue is to respect Afghanistan’s historical and current conditions, and to help but not interfere, which is also what separates  China from the US and makes China a mediator, or a “guarantor of security” in the region, noted Yang.”

It’s a far cry from the strategy that President Trump described at CPAC in Dallas,

So faster than you can say ‘Mongolia‘, ‘Tibet‘, or ‘Hong Kong‘, Beijing could be setting up shop in Kabul. From there it’s just a matter of time before the Afghanis become the next Uighurs and their nation becomes the next “renegade province“. 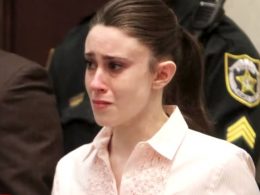 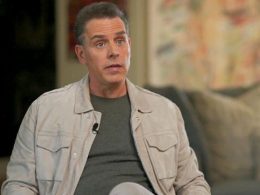