Former Attorney General William Barr is finally coming clean about his lack of support for former President Donald Trump during the 2020 election.

As William Barr begins his apology tour, begging for the establishment and the mainstream media to forgive him for daring to work with Donald Trump, he opens up about how much of a liar he really is.

In a newly released string of interviews between William Barr and ABC News’ Jonathan Karl, the former attorney general spoke out about Trump’s allegations of election fraud, calling some of them “bullshit.”

“My attitude was: It was put-up or shut-up time,” Barr said. “If there was evidence of fraud, I had no motive to suppress it. But my suspicion all the way along was that there was nothing there. It was all bullshit.”

This isn’t exactly surprising, since the former attorney general has openly undermined Trump’s fraud allegations on multiple occasions throughout the last year. During an interview with the Associated Press in December of 2020, Barr said: “To date, we have not seen fraud on a scale that could have effected a different outcome in the election.” 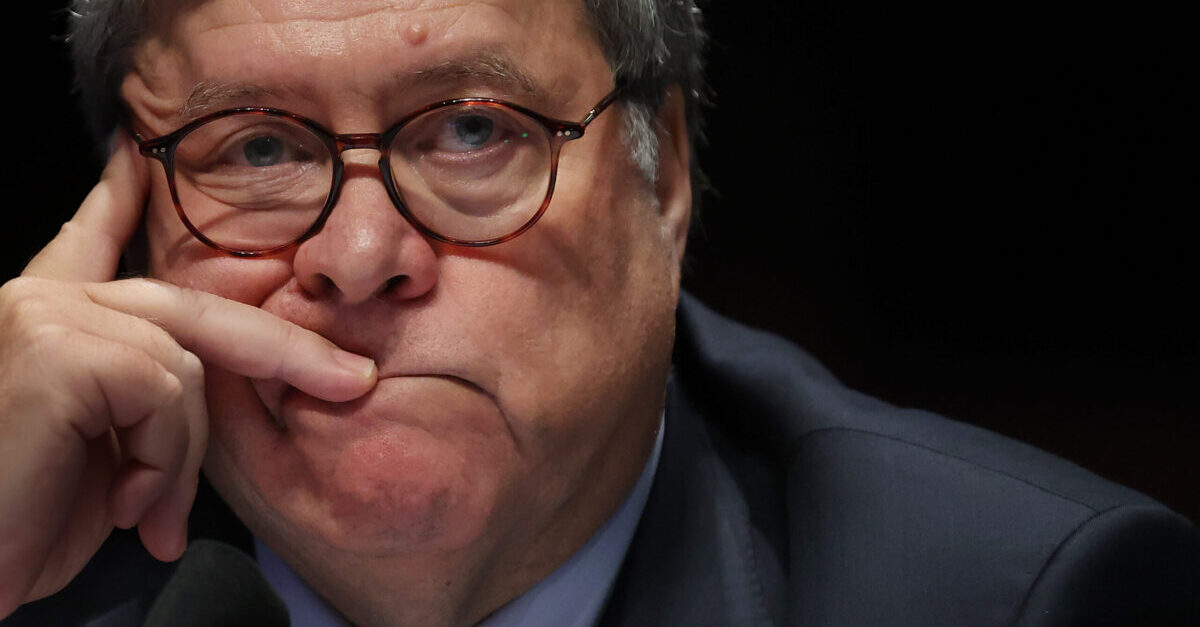 William Barr also admitted that he never supported the allegations that voting machines were changing votes, stating: “We realized from the beginning it was just bullshit.”

In Jonathan Karl’s Atlantic article about the interviews, both Karl and Barr discussed behind-the-scenes comments supposedly made by Donald Trump and Mitch McConnell.

Without any evidence, Barr claims that then-Senate Majority Leader Mitch McConnell had encouraged him to speak out about the issues with the election. “Bill, I look around, and you are the only person who can do it,” McConnell allegedly told Barr.

According to the article, Trump was frustrated with Barr over his lack of support. “How the f*** could you do this to me? Why did you say it?” Trump supposedly told Barr in a White House meeting.

On June 27, Donald Trump issued a statement slamming William Barr for his lies.

“It’s people in authority like Bill Barr that allow the crazed Radical Left to succeed,” the former president added. “He and other RINOs in the Republican Party are being used in order to try to convince people that the election was legitimate when so many incredible facts have now come out to show conclusively that it wasn’t.”

“He came in with a semi-bang and went out with a whimper. Earlier in his term Bill Barr went ballistic on CNN with Wolf Blitzer warning Democrats were changing election rules to flood the system with mail-in ballots that ‘as a matter of logic’ are ‘very open to fraud.’ They are, and Bill Barr did nothing about it,” Trump continued.

Photo of Woman in Convenience Store Goes ABSOLUTELY VIRAL, Can You SEE Why

Standing in line behind a woman in a bikini, a man was surprisingly distracted, but not by her…
byStaff Writer
No comments