In a move that has many patriots concerned, following news reports that President Donald Trump was considering starting his own political party, the former president’s political team has chosen to distance themselves from “Patriot Party” groups.

Trump’s political team disavowed “Patriot Party” groups that have filed with the Federal Elections Commission (FEC) in recent days and included his campaign in their filings.

“On January 22, 2021, Patriot Party filed a Form 1 (Statement of Organization) listing DJTFP as a participant in purported joint fundraising activities under 11 C.F.R. 102.17. DJTFP did not authorize the filing of this Form 1, has not entered into any joint fundraising agreement to fundraise through Patriot Party, and has no knowledge of Patriot Party’s activities whatsoever,” Donald J. Trump for President Inc., the Trump’s official campaign committee, said in a filing.

“To be clear: DJTFP has no affiliation with Patriot Party, which is not authorized by Mr. Trump or DJTFP. DJTFP is placing this disavowal notice on the public record out of concern for confusion among the public, which may be misled to believe that Patriot Party’s activities have been authorized by Mr. Trump or DJTFP — or that contributions to this unauthorized committee are being made to DJTFP — when that is not true,” the filing continued.

“We are not supportive of this effort, have nothing to do with it and only know about it through public reporting,” a Trump spokesperson said in a statement.

According to reporting by Bloomberg News, President Trump “has no plans to break from the Republican Party to pursue a third party.”

“In last 24 hours, after floating through a few folks that he was considering creating a third-party as a way to keep Senate Rs in line ahead of impeachment, Trump has been talked out of that and is making clear to people he isn’t pursuing it,” NYT reporter Maggie Haberman tweeted.

“Trump has started to believe there are fewer votes to convict than there would have been if the vote had been held almost immediately after Jan. 6,” she added in a subsequent tweet.

Trump has started to believe there are fewer votes to convict than there would have been if the vote had been held almost immediately after Jan. 6, the people familiar with his thinking said.

Jason Miller, a top Trump adviser, responded to reports that Trump had drafted an “enemies list of Republicans for his Patriot Party to challenge in primaries” in a statement released over the weekend.

“The President has made clear his goal is to win back the House and Senate for Republicans in 2022. There’s nothing that’s actively being planned regarding an effort outside of that, but it’s completely up to Republican Senators if this is something that becomes more serious,” Miller said. 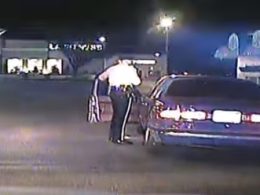 Sorry, Joe, but you lose again. An appeals court has once again dealt Biden a loss on the…
byStaff Editor
No comments