Rep. Dean Phillips (D-MN) just made it quite clear where he stands on Joe Biden.

Phillips delivered a blistering attack against Biden on Fox News this week.

When asked if he would support Biden’s re-election bid, he flat-out stated, “no,” but that was only the beginning.

Phillips crushed Biden, stating, “The country would be well-served by a new generation of compelling, well-prepared, dynamic Democrats who step up.”

We have seen this trend starting to gain momentum in the Democrat Party by moderate Democrats.

They are all in battleground states where regardless of party, they must appease both sides.

When you see Joe Biden losing support among Democrats, now under 70 percent approval, the safe bet is to distance yourself from Biden.

Even though Manchin just handed Biden a huge win, he refused to back him when directly asked by Chris Cuomo.

If Biden does run, he could set a record for the number of sitting officials that refuse to get on his wagon.

Well, check out how many House members have had Biden or Harris on their campaign trail.

The ship is sinking and everyone in the party knows it.

When Roger Stone got his subpoena from the January 6 inquisition, he told them where to shove it.…
byStaff Writer
No comments

There are two ways to look at the report you are about to read. This was either a…
byStaff Editor
No comments 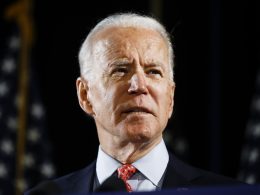 The monthly jobs report came out today and it was not quite what everyone had hoped. While there…
byStaff Editor
No comments