The Great State of Texas Decides to Stop the Steal, Works to Protect Citizens and Free Elections

The Lone Star State of Texas is one of the last bastions of conservative nationalism. They consistently stand up for the constitution and this time they’re defending election integrity. Right now they have two top priorities, fixing the power grid and stopping the election steal. The first step in protecting the citizens, along with insuring free and fair elections, is by purging the voter registration rolls of invalid entries. The next step is restricting mail-in ballots to those who really need them.

Right now, conservatives in Texas are fighting to defend election integrity like it was the Alamo. To most Americans on the “right” side of the fence, it seems like they really are fighting a last ditch effort with all the marbles riding on the outcome.

Patriotic state Senator Bryan Hughes, a conservative representing Mineola, thinks we can all agree that only citizens have the right to vote. If the liberals in his state don’t manage to stop the Republican coalition in their tracks, the important task of cleaning up the voter rolls can be accomplished.

With only 78 days left to the Texas legislature to work with, fixing the problems with their power grid, which are mostly political, is their major focus. They have one other top priority and the rest have been pushed to the side.

The state’s Republicans “are also moving ahead with potential changes to how and where citizens can vote,” KHOU reports. The effort is nationwide but the Lone Star State leads the charge.

The election integrity bill Senator Hughes introduced on Friday is aimed at cleaning up the voter rolls. Nobody who is dead or who moved out of state should be listed as eligible to vote.

Not only that, whether Democrats want to admit it or not, “we know from looking at the records from Department of Public Safety and also from the Feds that we still have many non-citizens, believe it or not, on Texas voter rolls.”

A database for each county

Trying to estimate how many “non-citizens might be on those rolls remains uncertain” because each Texas county keeps their own database of records. After November’s debacle, Americans are fed up with rigged elections. Mail in ballots have a purpose and they need to be watched closely.

“We want those mail ballots available for folks who are over 65, the folks who are disabled, and who are going to be out of the county, but beyond that voting in person is the American way to do it.”

Democrats are already screaming bloody murder. Their official position is that the Texas legislation “is intended to limit turnout” and is “not needed” because the elections “ran smoothly in 2020.”

Smoothly for the pirates who stole it. Just because they did better than “some of those states that were all the horror stories,” they still have a lot of work to do.

In 2019, when Texas Secretary of State David Whitley tried to clean up the voter rolls, fierce Democrat political blowback cost him his job.

After Whitley “questioned the citizenship of thousands of eligible voters,” he was hounded into resigning from the job. “Whitley later returned to a high-paying, lower-profile position inside Governor Abbott’s office.” 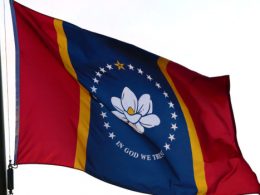 The Governors of Texas and Mississippi, Greg Abbott and Tate Reeves respectively brought a long overdue ending to…
byMatthew Holloway

A Democrat representative has finally admitted what conservatives have known all along: Democrats don’t care about small businesses.…
byAnastasia Boushee

Joe Biden has been caught in yet another scandal, and conservatives aren’t the least bit surprised. The Biden…
byAnastasia Boushee

In an interview with Steve Bannon on December 22, Rudy Giuliani discussed the election and actions being taken to…
byAnastasia Boushee