SCOTUS Rejection Doesn’t Mean The End…HERE is Why

The Supreme Court of the United States (SCOTUS) in a 7-2 Decision has denied a hearing to Texas on the election integrity of Georgia, Michigan, Wisconsin and Pennsylvania.

The court with Justices Alito and Thomas dissenting refused to consider the case based upon it’s legal merits but rather denied it due to Texas’ “lack of standing”.

“The State of Texas’s motion for leave to file a bill of complaint is denied for lack of standing under Article III of the Constitution,” the Supreme Court’s order reads. “Texas has not demonstrated a judicially cognizable interest in the manner in which another State conducts its elections. All other pending motions are dismissed as moot.”

President Trump quickly took to Twitter to voice his disappointment, shared by millions of Americans,

….that, after careful study and consideration, think you got “screwed”, something which will hurt them also. Many others likewise join the suit but, within a flash, it is thrown out and gone, without even looking at the many reasons it was brought. A Rigged Election, fight on!

Fox News reports that “Justices Samuel Alito and Clarence Thomas said they would have heard the case — without granting other relief, like issuing an injunction on electoral proceedings. They added that they expressed “no view on any other issue.”

So this could allow for other parties and other cases to proceed without prejudice, however, with the Electoral College vote coming Monday and the final deadlines on January 6th for the Joint-Congressional Session and January 20th for inauguration rapidly approaching: time is running out.

“• Non-legislative actors’ purported amendments to
States’ duly enacted election laws, in violation of
the Electors Clause’s vesting State legislatures
with plenary authority regarding the
appointment of presidential electors.
• Intrastate differences in the treatment of voters,
with more favorable allotted to voters – whether
lawful or unlawful – in areas administered by
local government under Democrat control and
with populations with higher ratios of Democrat
voters than other areas of Defendant States.
• The appearance of voting irregularities in the
Defendant States that would be consistent with
the unconstitutional relaxation of ballot-integrity
protections in those States’ election laws.”

Texas Attorney General  Ken Paxton called out violations of the Elector’s clause of Article 1 and the 14th Amendment by the four states. These claims went wholly unaddressed by the Supreme Court’s dismissal. The Texas AG did make an interesting claim though that could open the door for President Trump to seek legal remedy after the Electoral College votes, at which point he could be considered a “damaged” party.

“Plaintiff State respectfully submits that the foregoing types of electoral irregularities exceed the hanging-chad saga of the 2000 election in their degree of departure from both state and federal law. Moreover, these flaws cumulatively preclude knowing who legitimately won the 2020 election and threaten to cloud all future elections.”

The connection to Bush v. Gore is notable because it forms a link as Bush was found to have standing as a candidate in the election despite being past the “safe-harbor date”. This could open a path for President Trump to petition the court in his own right, thus bypassing the cause for dismissal.

History Will Be The True Judge

This case will likely go down in history along side the Dredd Scott Decision, Bush v. Gore and Roe v. Wade for the lasting implications it will have on American politics. As the Supreme Court has shown that there is little recourse they are willing to offer to an election fraught with credible allegations of fraud and massive irregularities.

Vatican confirms: Pope Francis’ Instagram is Now Under Investigation. It would seem the Pope has been checking out…
byStaff Writer
12 comments

A disturbing memo that was circulated by Google’s leadership has been leaked. The memo stated that employees who…
byStaff Writer
No comments

In the wake of the horrific Buffalo grocery store massacre, ‘Republican’ Congresswoman Liz Cheney is now implicating her…
byStaff Editor
No comments 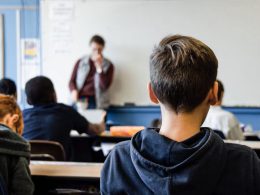