The Supreme Court has once again betrayed the American people. The Republican appointees have turned out to be spineless, corrupt establishment cronies, as they once again have bent the knee to the far-left agenda.

On March 4, at the request of New York, California, and the Biden administration, the Supreme Court dismissed several cases “testing the Trump administration’s plan to withhold law-enforcement grants from cities that refused to cooperate with Department of Homeland Security efforts to deport noncitizens arrested by local police,” according to Fox News.

“We’re glad this issue has finally been put to rest. Federal officials can do their job in San Francisco, just like anywhere else in the country. But we were not about to let our police, firefighters and nurses be commandeered and turned into the Trump administration’s deportation force,” said San Francisco City Attorney Dennis Herrera.

“Local law enforcements’ ability to protect their jurisdictions should never be compromised to push an anti-immigrant agenda. We look forward to continuing to work with the administration to ensure state and localities never have to choose between protecting their autonomy and protecting the public’s safety,” said New York state Attorney General Letitia James.

Before dropping the cases, the court hadn’t even decided whether it would hear them, which just demonstrates how weak the highest court in the land has become. Despite its 6-3 Republican majority, the court continues to avoid taking conservative positions on issues.

Now, thanks to the Supreme Court, states like California can continue to allow criminal illegal immigrants to enter the United States through their borders, and roam the country freely. When arrested for committing crimes, these Sanctuary Cities and States will continue to set illegal immigrants free to commit more crimes, and there’s nothing we can do about it. 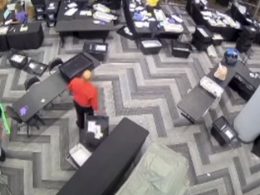 On Monday, Sept. 27th the Russian government made a chilling announcement warning the Biden-Harris regime of crossing President…
byMatthew Holloway

She Stripped Down Naked, Then Led Police on High Speed Chase [VIDEO] 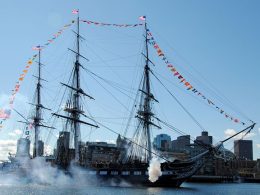 As Democrats avoid acknowledging Memorial Day and our fallen soldiers, the USS Constitution is stepping up to give…
byAnastasia Boushee