The Customs and Border Protection have reported that eleven Iranians have been arrested after illegally crossing into the United States near the San Luis, Arizona border crossing Monday evening. Phoenix NBC affiliate 12News reported the makeup of the group, “There were five women, ages 28, 30, 35, 35 and 37, who were arrested. Four men, ages 24, 31, 36 and 43, were taken into custody along with two boys, ages 10 and 2. These people had previously lived in Iran.”

According to a CBP Press release,

“At approximately 6 p.m., BP agents encountered the group near San Luis, Arizona, on a bridge near County 21st Street and the Salinity Canal. Agents determined the group had illegally crossed the international border into the U.S. The group was arrested and taken to Yuma Station for processing. The five females and six males are were all from Iran”

The CBP also reported that the Yuma Sector Border Patrol currently lead the nation in apprehensions of Iranian nationals attempting to infiltrate the United States, apprehending eight in 2020, compared to fourteen total from all other sectors combined. So far in 2021 fourteen Iranians have been captured attempting to enter through the Sonoran desert wilderness of the Yuma Sector.

CBP officials said, “The primary mission of the Border Patrol is to prevent nefarious people and devices from entering the United States,” Yuma Sector officials stated. “Iran is a designated Special Interest Country and the agents of Yuma Sector work diligently to protect our borders for the safety of our nation.”

A Massive Vulnerability Under Biden’s Admin

“There was no mention in the CBP press release if any group member belonged to terrorist organizations. The group is in processing with CBP while their fate is yet to be determined. ” “The Immigration Reform Law Institute has outlined 10,000 illegal immigrants from countries designated as state sponsors of terrorism are living within the U.S. “

With attempts by Iranian nationals in particular and illegal-aliens in general to penetrate our southern border on the increase. Joe Biden’s policy of a “100-Day Moratorium” on all deportations and a halt on border-wall construction  are likely to yield catastrophic results for sparsely populated areas like southern Arizona and western Texas where border fortifications are absolutely critical because these vast tracts are extremely impractical to man traditionally. All the more reason Arizonans are watching the efforts of Texas Attorney General Ken Paxton with a mixture of hope and anxiety.

Kamala Harris slips up! It’s all documented on video, she has spilled the beans! We all knew it…
byMatthew Holloway 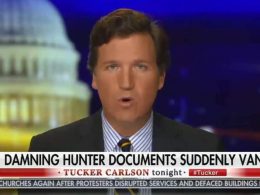 Tucker Carlson spoke on his show Wednesday night about a trove of documents that disappeared in transit, which…
byAnastasia Boushee 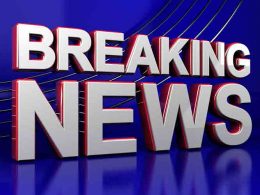