Senator Rand Paul (R-KY) is on a mission to expose the fat.

Not the fat around our waistlines, but the fat in the massive spending bill that passed the Senate and is now bound for the House.

Senators were given the 4,155-page bill and given 48 hours to read it and vote on it.

Look at this mound of paper…

I wonder how long it would take the clerk to read this… pic.twitter.com/iaphBzTEsS

Rand Paul even did a tribute to Christmas, in the process slamming the earmarks that makeup about half of this spending bill…

🎄 I wrote and performed my own scary version of 'Twas the Night Before Christmas 🎄 Enjoy! pic.twitter.com/IHI0uNyW0N

Senator McConnell (R-KY) is trying to sell this to conservatives as a big win because of the military spending, but even that is nonsense.

How much of that spending is going to replace arms that we gave to Ukraine?

And the earmarks… billions are being spent on pet programs for Democrats, including groups that promote the defunding of police in this country.

This was not a win for conservatives, so please do not buy into the garbage that McConnell is trying to sell.

If anything, this was a slap right across the face.

Beto, you are going backward again. That is the message from the most recent Dallas Morning News poll.…
byStaff Editor
No comments 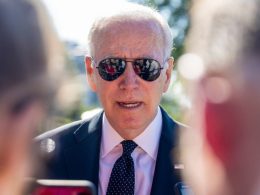 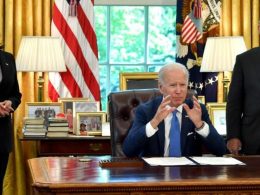 On May 9th, congressional leaders reached a deal to send out $39.8 billion to Ukraine to support its…
byStaff Editor
No comments