Rabidly progressive Portland, Oregon backed several dump trucks full of city taxpayer money up to the loading dock at an ad agency for a total public relations makeover. They admit it’s an “attempt to repair” their sagging image “and attract tourists following a tumultuous year of violent demonstrations.” Tourists are terrified to book a vacation since “all 50 members of the police riot squad resigned.”

The official city tourism bureau is behind the scheme to fix the city’s image by running an advertising blitz. The full page ad they took out will “run through August to encourage overnight local hotel and short-term rental stays from leisure travelers.”

They’re hoping to coax visitors from cities like Seattle, San Francisco and Los Angeles, already infested with Antifa® of their own. They call the PR campaign “This is Portland.” Conservatives can barely contain their laughter.

City officials also produced a glitzy video “featuring more than 20 Portland chefs, store owners, athletes, performers and artists.” If they like the city, it must be safe.

It’s carefully “narrated with the same text written in the full-page New York Times spread.” It contains exactly 23 lines of carefully chosen text. The psychologists told them to start it out, “you’ve heard a lot about us lately. It’s been awhile since you heard from us.” Take the horns by the bull and tough it out. 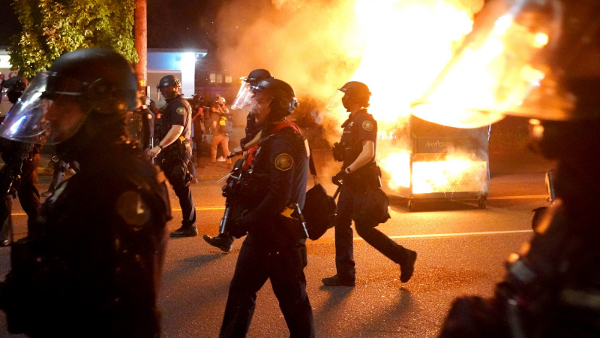 Observant critics noticed that the ad is “written in a format resembling a poem.” That makes it easier for the propaganda to stick in your head like that song that won’t go away. “Some of what you heard about Portland is true. Some is not. What matters most is that we’re true to ourselves.”

True to Antifa® approved Black Lives Matter™ brand ideals, that is. “There’s a river that cuts through the middle of our town. It divides the east and west. But it’s bridged – over and over again. Twelve times, to be specific.” Woo hoo. They make it seem like deplorable Trump supporters are actually welcome.

Whoever cobbled together the copy for that ad must be schizophrenic from trying to show how black is white, truth is false and Antifa® approved anarchists are friendly defenders of social justice. They even make the best of chaos.

So what if you can’t be sure your hotel won’t be set on fire when you go out to dinner? That only adds to the “excitement” and “mystery” of your vacation, Travel Portland insists. They describe local culture as two “sides to the same coin that keeps landing right on its edge. Anything can happen. We like it this way.”

Any freaks and weirdos are welcome to crawl in to Portland, the ad promises. “This is the kind of place where new ideas are welcome – whether they’re creative, cutting edge or curious at first glance. You can speak up here. You can be yourself here.”

Cover the place in spray paint or even gasoline for that extra added lighting touch during peaceful midnight protests. Just don’t expect to get much sleep. “We have some of the loudest voices on the West Coast. And yes, passion pushes the volume all the way up. We’ve always been like this. We wouldn’t have it any other way.”

The part they aren’t telling anyone is that Portland lost 50 Police Bureau officers who “resigned from their voluntary positions on the highly trained Rapid Response Team.” Their union “accused Multnomah District Attorney Mike Schmidt of failing to hold those rioters bent on destruction accountable.”

The police were outnumbered by Black Lives Matter™ forces as “crowds of demonstrators with shields and dressed in black bloc attire tossed a Molotov cocktail at the Multnomah Building, setting it ablaze.” Come on by and throw some yourself! the tourist bureau invites. 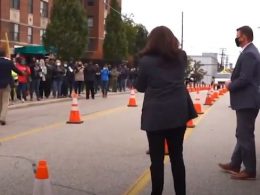 Over in Myanmar, which used to be called Burma, police aren’t nearly as nice to peaceful protesters as…
byMark Megahan

While Joe Biden yucks it up with the Queen in what looks like a discount, half-built ripoff of…
byMatthew Holloway 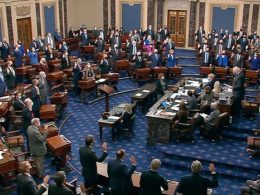