The Pennsylvania Supreme Court has been corrupted, to see how, we need to follow the money. Their absurd ruling should’ve been the first clue. “All 5 Democrat justices said observers had a right to be in the room, not the right to actually observe.”

The mainstream media has been crowing for almost two weeks about President Trump’s lower level State Supreme Court and Appellate court ‘defeats’. And conservative sources have been raising the alarm. According to independent journalist Murphy Fowles,

1/ So you might have heard the Pennsylvania Supreme Court just ruled against Trump's lawsuit. All 5 Democrat justices said observers had a right to be in the room, not the right to actually observe. The 2 Republican justices dissented.

Are you ready to go down a rabbit hole?

The ‘rabbit hole’ that Fowles refers to is deep indeed. Murphy refers to the election of three of the justices involved in Kelly vs. Commonwealth of Pennsylvania as being an election that set national spending records, spending that came largely from the Democracy Alliance, a George Soros founded group.’

They’re even proud of their accomplishments which were gloated over in their online blog.

“Pennsylvania, where in 2015, the SEI (State Engagement Initiative) made a critical investment that helped establish a progressive majority on the Pennsylvania Supreme Court. The judicial victories, along with protecting incumbent Governor Tom Wolf in 2018, should ensure more competitive congressional districts in the next decade.”

Soros’ Democracy Alliance has always known that this fight would be waged on the State level. This was always their plan. They stated as much.

“Elections have immediate consequences, and the Right’s dominance in the states – with full trifecta control in 23 states (as opposed to progressives’ seven) – is a major roadblock to achieving our vision of a progressive America.”

Murphy continued in his lengthy twitter thread to explain, “According to campaign disclosures, the top fundraiser in the race was Pennsylvanians for Judicial Reform, which funnelled(sic) funds from the PA Alliance (they even shared a mailing address).”

6/ Let's recap: Three of the Democrat justices on the Pennsylvania Supreme Court that ruled against Trump were elected in 2015 on the back of record campaign spending that led directly back to Democracy Alliance, a group founded by George Soros.

It doesn't end there.

What About The Audits?

It get’s even worse Murphy wrote: Pennsylvania Secretary of State Kathy Boockvar assured the nation that the election was audited by groups like the “Democracy Fund” and the “Brennan Center“, both of which are funded by… The Democracy Alliance. There is also another group called “Democracy Fund” according to Fowles which is not a Soros-run group but is operated by DNC mega-donor Pierre Omidyar, a major left-wing contributor who gave $450,000 to Super-PACs against President Trump. Do these sound like impartial auditors to you?

The same money. With the same goals. And the same results.

Fowles work on this story is incredible. More amazing is that despite being a published writer on Medium, Fowles pushed this out as a massive Twitter thread. Why? As an independent political writer I can tell you this is frequently done when you have a story that no-one wants to print. Something that no one is willing to say, a third rail that they won’t touch.

Murphy Fowles will go down in history as one of the courageous patriots who would not be silenced.

We’re taught not to write in the first person, but I personally implore you: Share this story. The theft of the 2020 Election started before President Trump was even nominated. This has never been about President Trump, it’s always been about the Progressive-Socialist transformation of the United States. It has been happening right in front of our eyes at the State and Local levels where we haven’t been looking.

It happened while we were being screamed at to be afraid, to avoid each other, to stay home and to trust the government. All this came together while our governments carried out this election by mail despite decades of warnings not to. But that’s a story for another day.

Terrifying: PA Dem Calls For Party To Be ‘Cleansed’ 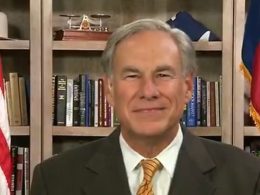 New York City and DC are both considered sanctuary cities. That means they love illegal immigrants. They will…
byStaff Editor
No comments

Disney Pays To ‘Transition’ Employees ‘Transgender Children’ (With YOUR Money)

The Walt Disney Co. is helping staff members and their children with sex-change and “gender affirmation” procedures through…
byStaff Writer
No comments

A “Karen” situation turned deadly in a Big Bear supermarket in DeKalb County, Georgia, when a tense argument…
byStaff Writer
No comments