The world was rocked on September 14th as news broke of a new book, aptly named”Peril” being released by Bob Woodward and Robert Costa which details nothing short of a mutiny, a Democrat-led Coup, and an act of treason against the American people. The peril was never President Trump as the authors no doubt would like to infer, the deepest peril rather lay in the actions of Gen. Milley, Speaker Nancy Pelosi, and Majority Leader Chuck Schumer.

The revelations surrounding the actions of Joint-Chiefs Chairman, General Mark Milley are highly disturbing and describe the circumstances around which control of the United States Military was usurped from the rightfully elected President, still in office to a Senior Military Officer under advice from that President’s vehement political opponents. One would expect this type of narrative from a failed, third-world state, but no, it happened right here, in the most powerful nation in the history of mankind, with a massive nuclear arsenal in play and the Chain of command compromised.

For the sake of maximum clarity, we will cite the precise laws the General by his own admission in the Woodward-Costa book is guilty of.

What we currently know is that Gen. Milley had allowed himself to become so swayed by the Democrats talking points about the supposed instability of President Trump that at least as early as October he began to take subversive actions without Trump’s knowledge and engaged in unauthorized back-channel discussions with a Senior Officer of the Chinese Military.

According to The Washington Post, the first call of two between General Milley and Chinese General Li Zuocheng of the Peoples Liberation Army took place October 30th, before the November 2020 election. In the book it is alleged that this call occurred after “Milley’s review of intelligence suggesting the Chinese believed the United States was preparing to attack. That belief, the authors write, was based on tensions over military exercises in the South China Sea, and deepened by Trump’s belligerent rhetoric toward China.”

“General Li, I want to assure you that the American government is stable and everything is going to be okay,” Milley told him. “We are not going to attack or conduct any kinetic operations against you.”

Milley not only subverted any possible use of force, weakening and even negating our country’s bargaining positions with China and completely negating our doctrine of deterrence in the Taiwan Strait and the South China Sea but Milley even went on to promise that in the event of military action being ordered, he would call the Chinese and WARN THEM. Placing the lives of American service members assigned to conduct such military actions in mortal danger.

“General Li, you and I have known each other for now five years. If we’re going to attack, I’m going to call you ahead of time. It’s not going to be a surprise.”

Providing any such early warning or alert to a nation that is imminently the target of US Military actions is patently providing “aid and comfort” to what is at that time an enemy combatant nation. Therefore, this makes the General by his own admission: guilty of Conspiracy to Commit Treason.

The second call took place following the events of the January 6th Capitol riot, apparently, General Li (who had undoubtedly already informed his Chinese Communist Party superiors that the US Chain of Command was now compromised) wasn’t easily assuaged by Milley’s assurances that,

“We are 100 percent steady. Everything’s fine. But democracy can be sloppy sometimes.”

Most importantly, again Gen. Milley did not report on this conversation to President Trump or seek to address China’s concerns with him, instead  he “understood why.”

According to The Washington Post’s reporting on the book, “The chairman, 62 at the time and chosen by Trump in 2018, believed the president had suffered a mental decline after the election, the authors write, a view he communicated to House Speaker Nancy Pelosi (D-Calif.) in a phone call on Jan. 8. He agreed with her evaluation that Trump was unstable, according to a call transcript obtained by the authors.”

Pelosi in her call with Milley demanded to know: “What precautions are available to prevent an unstable president from initiating military hostilities or from accessing the launch codes and ordering a nuclear strike?” Milley assured her that there were “a lot of checks in the system.”

The call transcript obtained by the authors shows Pelosi telling Milley, referring to Trump, “He’s crazy. You know he’s crazy. … He’s crazy and what he did yesterday is further evidence of his craziness.” Milley replied, “I agree with you on everything.”

Milley also came to suspect that Trump had “suffered a mental decline after the election,” according to the Washington Post’s excerpt. The Post also wrote that “CIA Director Gina Haspel, for instance, reportedly told Milley, “We are on the way to a right-wing coup.”

It should be noted that throughout President Trump’s tenure, he was subjected to multiple physical, mental and psychological assessments and passed all of them without exception.

So at this point, General Milley has completely bought into the Democrat’s narrative that President Trump was “crazy” and was planning a “right-wing coup”, with absolutely no evidence. Rather than resign his post and go to Congress or even go public as the UCMJ (Uniform Code of Military Justice) requires, Milley chose mutiny.

(a) Whoever, with intent to interfere with, impair, or influence the loyalty, morale, or discipline of the military or naval forces of the United States:

(1) advises, counsels, urges, or in any manner causes or attempts to cause insubordination, disloyalty, mutiny, or refusal of duty by any member of the military or naval forces of the United States; or

(2) distributes or attempts to distribute any written or printed matter which advises, counsels, or urges insubordination, disloyalty, mutiny, or refusal of duty by any member of the military or naval forces of the United States—Shall be fined under this title or imprisoned not more than ten years, or both, and shall be ineligible for employment by the United States or any department or agency thereof, for the five years next following his conviction.

CNN described the sequence of events that followed which cement’s General Milley’s guilt.

“In response, Milley took extraordinary action, and called a secret meeting in his Pentagon office on January 8 to review the process for military action, including launching nuclear weapons. Speaking to senior military officials in charge of the National Military Command Center, the Pentagon’s war room, Milley instructed them not to take orders from anyone unless he was involved.

“No matter what you are told, you do the procedure. You do the process. And I’m part of that procedure,” Milley told the officers, according to the book. He then went around the room, looked each officer in the eye, and asked them to verbally confirm they understood.

“Got it?”Milley asked, according to the book.
“Yes, sir.”

‘Milley considered it an oath,’ the authors write.”

Very simply, Milley in this act usurped military command from the President of The United States of America. It is the duty of every service member to follow any lawful order given by their Commander-In-Chief, the second Milley ordered his subordinates not to accept or act upon any orders from President trump “unless he was involved” he committed mutiny and in cooperation with House Speaker Nancy Pelosi and after a conversation with Senate Majority Leader Chuck Schumer had, WITH ABSOLUTELY NO EXAGGERATION enacted a silent military coup against President Donald Trump. For all intents and purposes, the President was no longer in command of our military forces from that moment until his Presidency statutorily ended on January 20th, 2021.

The United States of America was ruled by a Democrat-Socialist-Military Junta for thirteen days, while the nation’s capital was under a full-blown military occupation.

General Mark Milley must be court-marshaled, found guilty, and spend the rest of his natural life in Leavenworth Military Prison. Speaker Pelosi and Majority Leader Schumer must be impeached, convicted, and then tried for conspiracy to commit treason and likewise serve out the remainder of their lives behind bars.

“Whoever, owing allegiance to the United States and having knowledge of the commission of any treason against them, conceals and does not, as soon as may be, disclose and make known the same to the President or to some judge of the United States, or to the governor or to some judge or justice of a particular State, is guilty of misprision of treason and shall be fined under this title or imprisoned not more than seven years, or both.”

Being aware of treason and doing nothing is also a crime. Because evil prevails when good men do nothing.

Patrick Yoes, National President of the Fraternal Order of Police, just issued a warning that should terrify every…
byMark Megahan
No comments

Special Forces veteran Jim Hanson has a stark warning for conservatives. If you don’t wake up, you’ll end…
byMark Megahan
No comments

ABC News has announced that they will be suspending Whoopi Goldberg, longtime host of the talk show “The…
byStaff Writer
No comments 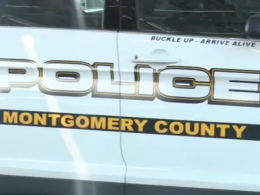 A suspect decided to open fire on four Maryland officers, but needless to say, he lost the gunfight…
byStaff Writer
No comments