Lori Lightfoot Has Just Been EXPOSED

Chicago Mayor Lori Lightfoot is proud that Chicago is considered a sanctuary city.

It is easy to do when you are not at the border.

Her hypocrisy has just been exposed big league, especially regarding her comments about Governor Abbott.

After the first busload showed up, Lightfoot held a presser and stated, “My frustration comes from the actions of the governor of Texas.

“There could be a level of coordination and cooperation, but he chooses to do none of those things.

“Instead, he chooses to send human beings across the country to an uncertain destination.”

That second sentence is the key.

As it turns out, the migrants sent to Lightfoot have already been booted out of Chicago.

Lightfoot is putting them up in a hotel in another county without telling the local mayor what she was doing.

The migrants have been sent to a Hampton Inn in Burr Ridge, DuPage County.

He stated, “I’m the mayor of the village, I should have been told.

“I’m as frustrated as Mayor Lightfoot was in her not being told.

“I’m frustrated but we’re dealing with the situation and I’m going to keep my residents and my businesses apprised.”

Abbott is not backing off on sending the illegals to Democrat sanctuary cities.

The truly amusing aspect of all this is that collectively, less than 10,000 illegals have been transported to these cities.

In other words, the three targeted cities have had fewer illegals sent their way than Texas sees in about two days.

Currently, about 6,000 to 8,000 illegals are coming over the border every day, and there have been for almost the entire Biden presidency.

Here is a recent report from Fox News on this subject…

Like I said, it is easy to say you are a sanctuary city until you have to put your money where your mouth is.

If White Nationalists Are The Greatest Threat to America, Then Why Did THIS Just Happen?

Young Lady Fired from Her Job, ‘Inappropriate’ Outfit, Can You SEE Why [Images] 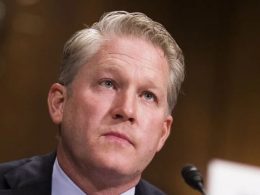