Local Imperialist chieftains like Gretchen Whitmer think they can crush small business owners with crippling decrees then punish them for trying to put food on the table, while liberal elites like Nancy Pelosi are above the rules. In at least one case, the Constitution prevailed, proving it’s not quite dead yet. The judge had no choice but hand a win to the Constitutionalist entrepreneur.

When Michigan Judge Kristen Simmons stepped into her courtroom on Monday, she looked around for the Attorney General. Dana Nessel was conspicuously absent. She didn’t even bother to get out of bed and come in to court.

The motion to dismiss charges which weren’t constitutional in the first place wasn’t worth her time and energy to defend. Six hairstylists charged in connection with a protest against Gretchen Whitmer’s imperial decree of unconstitutional business closures fought and won by default.

Back in May, the six radical stylists dared to cut hair in public. Even worse, they did it right in front of the state capitol. They were furious over the “unconstitutional” business shutdowns imposed by Imperialist Governor Gretchen Whitmer.

They were arrested and charged with disorderly conduct in an event publicized as “Operation Haircut” after they gathered to “support barber Karl Manke who was targeted by Whitmer’s administration for defying her draconian shutdowns.”

Manke relates that he’s terribly grateful for the support and bravery they showed. He’s been complimented on his courage but he doesn’t see it that way.

The beauticians are the ones who deserve the credit for standing up for small business owners in the state. “A lot of these beauticians came out and they had the tenacity to stand up, and I salute them for that,” he told reporters.

If Manke had it all to do over again, he wouldn’t change a thing. “Courage isn’t something that is. Courage is the result of something you do. I didn’t feel courageous when I was doing this. There was a lot of fear. But I did it anyway because I knew it was the right thing to do.”

Hairstylist Angela Rigas agrees. Arbitrarily shutting down one business after another wasn’t right. “We were certain at the time that her orders were unconstitutional, which we know later were ruled as such, as all of her emergency orders after April 30 were thrown out.”

As much as she thinks she’s a dictator, Whitmer can’t shut down any business on her own whim. “She needed approval. She didn’t get it. She acted alone, as usual,” Rigas adds. Suzanne Dodoro also participated in the protest to challenge “Whitmer, who’s acting like a fascist dictator.”

As Dodoro puts it, “I was out there for my fellow hairdressers, to support Karl — the one man that did stand up — and all the other businesses as well, all the entrepreneurs out there, everybody that just wanted to get back to work.”

The attorney who represented the six radical hairstylists so successfully he scared the state’s Attorney General right out of the courtroom commended them as patriots “exercising their right to free speech.” He pointed out how important that is, especially now. “People need to understand they should not be scared or intimidated.

We have our constitutional right to speak out in opposition.” They can’t just shut down your business. “No American should be prosecuted or have businesses destroyed by power-hungry bureaucrats for simply speaking out in opposition to a government policy.” 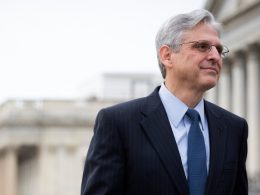 They Owe Trump BIG Money and Dems are Blocking it

The City of Chicago over-assessed the value of the Trump Tower in Chicago and President Donald J. Trump…
byMatthew Holloway