It Was Joe Biden… He GAVE THE ORDER

Correct me if I am wrong, but didn’t White House Press Secretary Karine Jean-Pierre stand in front of the nation last week and swear up and down that it did not know what the DOJ was up to regarding the raid at Mar-a-Lago?

They found out about everything just like we did when the news reports broke, right?

Wrong… we were lied to, again.

As it turns out, White House staff has been neck-deep in this mess since April.

This goes back to the first request from National Archives to have records returned that were in Trump’s possession.

There are numerous emails going back and forth, even mentioning Joe Biden’s involvement in this mess.

Ultimately, even though Trump was cooperating, the raid was ordered rather than simply asking Trump to return the rest of the documents that he considered to be declassified.

Joe Biden knew all this was going down because he was the one that shot down Donald Trump’s request for executive privilege.

What better way to take out a possible political opponent than by denying executive privilege… pretty convenient.

Republicans jumped all over this…

1. White House staff has repeatedly claimed there was “no prior knowledge” of the raid. Clearly, that was a lie.

2. Joe Biden has not said a word about it in two weeks. What else is he trying to hide from the American people?https://t.co/D2dg6gWiwu

Trump also blew up Truth Social, writing, “The White House stated strongly that they were NOT INVOLVED, and knew absolutely nothing about, the political Witch Hunt going on with me, & that they didn’t know anything at all about the Break-In of Mar-a-Lago.

“This was strongly reiterated again & again. WRONG! Remember, these are the people who spied on my campaign, denied it, & got caught. Through the great reporting of John Solomon (Fake Pulitzer Prize?), documents reveal they knew everything, in fact led the charge – a political NO, NO!”

Solomon, to whom Trump referred, is the Editor-in-Chief for Just the News, which was the outlet that blew this wide open.

You can read the full report, and it is extensive, on Just the News. 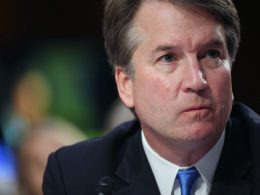 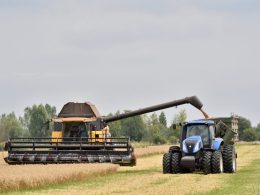