Here is a List of Americans Beheaded by ISIS

In 2014, three American citizens were abducted from Syria by the Islamic State of Iraq and al-Sham (ISIS), these three men were all beheaded publicly and brutally with the videos spread globally through social media as a message to America and the west from the Islamist jihadists. With the resurgence of the Taliban in Afghanistan who are integrating personnel from Al-Qaeda and the rise of ISIS-K in the region with Americans still trapped there, it seems inevitable that we could see similar atrocities return at the hands of radical Islamist extremists.

James Foley– James Foley was the first American to be beheaded by ISIS. James was known as a “conflict reporter” he was a freelance journalist. Foley had been missing in Syria since 2012 and wasn’t heard from until 2014 when he was shown in an ISIS-produced video where they threatened to execute him unless the US stopped all airstrikes in Iraq. He was subsequently beheaded by Mohammed Emwazi aka ‘Jihadi John’, who was later killed by a drone strike in 2016.

– Sotloff was a 31-year old American-Israeli journalist. He was kidnapped in Syria in August 2014 and murdered by beheading on September 2nd by Mohammed Emwazi aka ‘Jihadi John’. Steven wrote for Time magazine and The Jerusalem Post. Sotloff was a highly experienced correspondent in the Middle East, known to report from Bahrain, Turkey, Egypt, Syria, and Libya. He was no stranger to hotspots and warzones.

Peter Kassig– Peter aka ‘Abdul-Rahman’ Kassig was a former US Army Ranger turned humanitarian aid worker who was captured in Syria in 2013 while delivering medical supplies. He had served in Iraq until his honorable discharge in 2007, his service was likely a deciding factor in his murder. ISIS claimed as much in a later statement, they said: “Peter, who fought against the Muslims in Iraq while serving as a soldier under the American army, doesn’t have much to say.” According to USNews, Peter was able to write to his family at home during his captivity, he wrote,

“They tell us you have abandoned us and/or don’t care but of course we know you are doing everything you can and more,” Kassig wrote. “I am obviously pretty scared to die but the hardest part is not knowing, wondering, hoping and wondering if I should even hope at all. I am very sad that all this has happened and for what all of you back home are going through.”

Not Only ISIS. The Taliban, and Al Qaeda Have Killed Americans The Same Way

The murders of Foley, Sotloff, and Kassig brought back harsh memories of the murder of Daniel Pearl, a Wall Street Journal correspondent who was captured in Pakistan in January 2002 very early in the War on Terrorism. His murder was recorded and posted online by Al-Qaeda, and the Taliban many of the same men who led Al-Qaeda at that time are now hold prominent roles in Taliban-held Afghanistan.

During the height of the Iraq War, the world also bore horrific witness to the beheadings of Americans Nicholas Berg, Eugene Armstrong and Jack Hensley carried out by Iraqi elements of Al Qaeda.

Mike Pence Spills the Beans on Biden AND Trump

Absolutely nothing can set your next-door neighbors versus you as rapidly as bad dog ownership habits. Failure to…
byStaff Writer
No comments 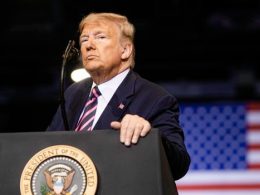 Trump Just Sent Them ALL Cease-and-Desist