Leaked audio obtained by the Daily Wire shows former NIH Director Francis Collins laughing about forcing people to get vaccinations under the threat of job loss, while also disparaging former President Donald Trump for his handling of the COVID pandemic during a private event at the University of Chicago late last year.

Collins, who was appointed as a science adviser to Joe Biden as of February 17th, has in the past claimed that he and his subordinate, Dr. Anthony Fauci, are “not political figures.” But according to the Daily Wire, in the October 26th event, Collins put that claim into question, as he strayed far from discussing medical questions to give his opinion on a series of political topics.

The event was hosted by the director of public theology at Christianity Today, Russell Moore — who is reportedly a friend of Collins — and put on by the University of Chicago’s Institute of Politics, founded and led by senior adviser to former President Obama, David Axelrod.

“The U.S. government does have the authority to mandate vaccinations if there is an outbreak that is threatening people, because it’s not just about you, it’s about the people you’re going to infect,” Collins claimed at one point during the event.

“Do [mandates] convince people who otherwise wouldn’t get them?” the former NIH director then asked rhetorically, before answering, “Oh yeah, especially if it means losing your job.”

Collins then recalled how such a threat at the NIH garnered a “big response,” adding that even the “pretty darn resistant” decided to get vaccinated while facing the threat of “being fired.”

The former NIH director reportedly laughed while asserting, “You get the feeling that their resistance was not maybe quite that deeply seated” as he speculated that many vaccine-resistant people choose not to get the jab over peer pressure.

“They’re sort of thinking to themselves, you know, maybe I really should do it, but if I do, I lose my credibility with my peeps,” Collins stated.

Moore reportedly recounted during the event that he had invited the former NIH director to explain efforts they have made “separately and together to deal with evangelical resistance to the vaccine with COVID and some of the controversies we’ve had over masking and government mandates.”

Both stated at one point that they were enjoying the chance to speak freely because the event was not being formally recorded, the Daily Wire noted.

Later in the conversation, Collins blamed former President Donald Trump while sparing criticism for himself and Joe Biden for the significant loss of life that has occurred as a result of the COVID pandemic.

The former NIH director also criticized Donald Trump for shifting blame to him and Fauci, which consequently damaged their reputations. Yet the so-called public health expert failed to take responsibility for his and Fauci’s mismanagement of the pandemic through their decisions to push widespread lockdowns and silencing of any opposing viewpoints — not to mention his past support of controversial gain-of-function research at the Wuhan Institute of Virology.

“Great harm was done to the people in this nation by a very, very self-involved and misguided president in the previous administration. Hundreds of thousands of people have died who should not have had to do so,” Collins stated, adding, “And so there was an effort to try to distract from that dreadful circumstance by finding somebody else to blame.”

Collins, who claims to be a Christian, also defended supporting NIH-funded experiments that involved harvesting body parts from full-term babies and grafting infant scalps onto lab rats. The so-called health expert reportedly did not say whether he opposes abortion, only that he is “troubled” by it, and mentioned that fetal tissue can be very valuable for scientific research.

“Fetal tissue is being discarded in large quantities every day. If there were a circumstance where, with consent of the mother, having been obtained after the abortion, not in any way as an inspiration to carry it forward, the abortion could ultimately help somebody. Which of those two choices is more ethical — discard all the tissue or use a small part?” Collins asked.

“Can you, in fact, in some circumstances, even with actions that you consider immoral, derive something from it that might actually be moral and beneficial? That’s the horns of the dilemma upon which I have been resting here for these 12 years as NIH director, trying to oversee human fetal tissue research, which is something that I have to make decisions about,” the former NIH director continued.

On August 22nd, 2021, the Greenfield Wisconsin Police Department was engaged in a high-speed chase with Tyran Lamb,…
byMatthew Holloway
No comments

The U.S. Embassy in Iraq is reportedly under attack, and U.S. defense systems are currently engaged to defend…
byStaff Writer
No comments 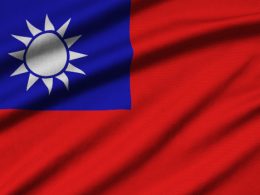 UK Begins to Bow Down to CCP China

Two British publishing houses have self-censored books in order to have them printed in China, omitting references to…
byStaff Writer
No comments