Country Singer Unleashes the FURY on Biden: Quit Trying to Ruin My Country

Aaron Lewis, who is well known as the lead vocalist, guitarist, and founding member of the rock band Staind, has been an outspoken critic of Joe Biden and the left in the past few years.

He recently released a song calling out the behavior of the left, entitled “Am I The Only One,” and about what’s going wrong in this country.

While introducing that song, Lewis went off into a fiery rant against Biden and the Democrats.

Here’s what Lewis had to say:

“They think it’s about statues. They don’t think it’s about the thousands of ships parked just off our ports, unable to unload the goods that we need so desperately because the government is standing in the f*cking way.

No, it’s not that at all… No, it’s about me defending a bunch of Democratic statues being torn down. It’s f*cking really f*cking ridiculous.

Wake up people… they’re purposely trying to sink our ship. A very small handful of people compared to all of us where the power lies. It is we the people.

This is the only country in the world that is designed with the power from the bottom up. Every single thing that the government has ever done that wasn’t good for this country is to flip it around from the top down. 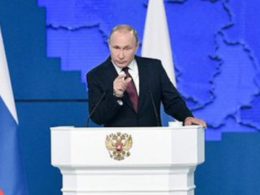 On Monday, Sept. 27th the Russian government made a chilling announcement warning the Biden-Harris regime of crossing President…
byMatthew Holloway 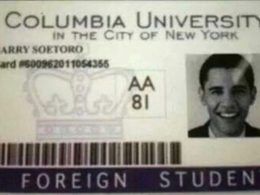 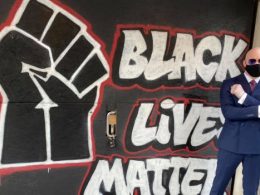