Corrupt Obama Delegate Along With Chief of Staff INDICTED

Corrupt party bosses in Chicago politics? Say it isn’t so! Chicago Alderman Carrie Austin now joins two other members of the city council being indicted by the DoJ along with her chief of staff…for bribery charges. Here’s the complication: Carrie M. Austin, isn’t just a Chicago Alderman, the 72-year-old is 34th Ward Committeeman, Vice-Chair of Cook County Democratic Party of Illinois, Central State Committeeman, and was a Delegate for President Barack Obama at the Democratic National Convention. Yikes.

ABC7 Chicago reports, Austin is facing, “federal indictment alleging they conspired to receive home improvements from construction contractors who were seeking city assistance for a development project in Austin’s South Side Ward.”

According to the Department of Justice’s Press Release,

“Starting in 2014 a construction company planned to construct a residential development in Austin’s ward at a cost of approximately $49.6 million.  Under an agreement with the city, the company was responsible for making infrastructure improvements within the project, including construction of new interior streets, street lighting, landscaping, and sidewalk improvements, and was eligible to receive more than $10 million in tax increment financing and other payments from the city.

The indictment alleges that beginning in 2016, Austin and Wilson were provided with personal benefits by the owner of the construction company and other contractors in an effort to influence them in their official capacities.  The benefits included home improvements, furniture, and appliances for Austin’s residence, and home improvement materials and services for rental properties owned by Wilson, the indictment states.

According to the charges, in June 2017 a contractor on the development project paid an invoice for $5,250 to cover a portion of the purchase price of kitchen cabinets at Austin’s residence by falsely representing that the cabinets were for an address within the development.  In addition, in July 2017 Austin accepted from a contractor on the project an offer to pay for two “brand new” and “expensive” sump pumps, and to have the contractor’s family member buy and install a new dehumidifier, the indictment states.  Wilson also solicited benefits from a contractor on the project for his rental property, including services for “heating and air,” the charges allege.

In October 2017 the contractor told Wilson that he would pay for a portion of a new HVAC system at Wilson’s property because, “you help me a lot, and I’ll help you,” the indictment states.”

There’s a term for that: Quid Pro Quo. Tom Bevan, Editor of Real Clear Politics had an excellent take on the rapid decline of Chicago under Mayor Lori Lightfoot’s insane, corrupt administration.

I doubt there is any city in America that can top this for corruption: There are now 3 sitting members of the Chicago City Council currently under federal indictment. https://t.co/Mclla67v0J

Democrats Intentional Inflation of the Market is Here, Prices Begin to Skyrocket

British comic legend and Monty Python star John Cleese refuses to submit to the woke mob, who are…
byAnastasia Boushee 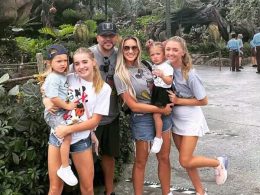 Unsurprisingly, liberals are once again trying to cancel someone for not following their mask mandates. Country singer Jason…
byAnastasia Boushee

In an op-ed for the Western Journal, General Michael Flynn dropped bombshells about the tyranny being imposed by…
byAnastasia Boushee