The Maryland Department of Health, working shoulder to shoulder with the U.S. Centers for Disease Control and Prevention, confirmed on Tuesday “a single case of monkeypox virus infection.” The CDC promises that the situation is totally under control, which means full body isolation suits will be flying off the shelves in record numbers.

On Tuesday, November 16, health officials issued an alert bulletin confirming that “a Maryland resident who recently returned from Nigeria” brought the monkeypox virus home with him, as a souvenir. There’s no need to panic, they soothe.

“The individual presented with mild symptoms, is currently recovering in isolation and is not hospitalized.” There is nothing to worry about. “No special precautions are recommended at this time for the general public.”

They’re contact tracing already. “Public health authorities have identified and continue to follow up with those who may have been in contact with the diagnosed individual.”

Nobody else has shown symptoms of the virus yet but according to MDH Deputy Secretary for Public Health Dr. Jinlene Chan, their “response in close coordination with CDC officials demonstrates the importance of maintaining a strong public health infrastructure.”

One thing we learned from COVID-19 is that if it had been Ebola, the whole world would be run by cockroaches by now. While monkeypox is a cousin of smallpox, the good news is that it “generally causes a milder infection.” The monkeypox virus spreads similar to Covid.

“It can be spread between people through direct contact with skin lesions or body fluids, or contaminated materials such as clothing or linens. It can also be spread through large respiratory droplets which generally cannot travel more than a few feet.” They add that for the droplet transfer, “prolonged face-to-face contact is required.” Usually.

At first, the illness mimics common virus strains like the flu or Covid. “Illness typically begins with flu-like symptoms.”

The first clues that it isn’t the flu are “swelling of the lymph nodes, progressing to a widespread rash on the face and body.” The doctors advise that most “infections last 2-4 weeks.”

Patient zero is in quarantine lockdown and all the “individuals identified as having been potentially exposed to this case will be monitored for symptoms of monkeypox for 21 days after exposure.”

If nobody else breaks out in spots from monkeypox virus, then it means that we got away easy this time. If someone does come down with the disease, all their contacts will need to be rounded up.

Central and western Africa are real familiar with the monkeypox virus but the disease has “only rarely been documented outside of Africa.” There are variants to monkeypox like the delta variant of Covid.

“Although all strains can cause infection, those circulating in western Africa, where Nigeria is located, generally cause less severe disease.” Government officials are saying that to cover up the fact they let an infected traveler board a plane and land in the United States before his illness was detected. Ebola is also a disease which mostly affects Africa.

Without coming right out and telling doctors what to do, they “urge” clinicians “to maintain a high index of suspicion for clinically compatible illness.” The idea is to keep the virus from becoming a pandemic. The public will be watching the news from Maryland closely this month.

We have a mother and daughter murdered, and law enforcement and the other investigators are doing everything they…
byStaff Writer
No comments 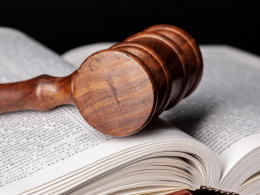 When someone commits a crime and is convicted, the prosecuting attorneys’ recommendations usually play a significant role in…
byAnthony Smith
No comments

Messed Up: Now Doing to Our Navy SEALs