Breaking: He Threatened to Kill Trump and Several Others, Then The Secret Service Arrives

Thomas Welnicki, 72, of Rockaway Beach, New York, made multiple calls to the Secret Service from his cell phone on January 4th, 2021. The suspect left two voicemails stating his intentions to kill Donald Trump.

On July 21, 2020, Welnicki initially told the US Capitol Police that “‘if [Individual-1] loses the 2020 election and refused to step down,’ Welnicki would ‘acquire weapons’ and ‘take him down,’” the criminal complaint alleges.

The Brooklyn federal criminal complaint specifies in a footnote that “Individual-1” is an individual who was “President of the United States from January 20, 2017 until January 20, 2021.”

In the January 4th, 2021 voicemail, Welnicki stated: “I am going to do anything I can to take out [Individual-1]. Oh yeah that’s a threat, come and arrest me.”

He also allegedly claimed that there was a $350,000 bounty to kill Trump and 12 members of Congress who are allied with him.

“I will do anything I can to take out [Individual-1] and his 12 monkeys,” Welnicki allegedly said in his voicemail. “If I had the opportunity to do it in Manhattan that would be awesome.”

In a separate phone call on September 24th, 2021, Welnicki allegedly called the Secret Service to ask about the agency’s protection of Trump and his children, and asked them what weapons they use. He also asked them about how he could arrange a protest at Trump’s house on Pearl Harbor Day, according to the criminal complaint.

In another call to the Secret Service on November 8th, Welnicki called Trump “Hitler” and said: “I will do everything I can to make sure [Individual-1] is dead. There is a contract out to kill [Individual-1],” according to the criminal complaint.

During yet another call on December 2nd, the suspect claimed to have a .22-caliber weapon, stating that “the new civil war could break out and taking up arms against the government is justified when ballots don’t matter,” according to the criminal complaint.

Welnicki appeared in court via video hearing on January 10th, 2022. Magistrate Judge Vera Scanlon ordered him to be released on a $50,000 bond backed by his brother on conditions of GPS monitoring and a home curfew. He is also required to attend mental health and alcohol treatment, and is barred from any contact with Trump or his family, and is prohibited from going to any of Trump’s properties.

At the hearing, Welnicki’s lawyer, Dierdre Von Dornum opposed the GPS monitoring on the grounds that her client does not own any weapons and has not left New York in 15 years.

Von Dornum said that “the Secret Service and other law enforcement have met with him in person at least three times over the course of a year.”

“If there were any actual danger here, I am certain that they would have arrested him sooner,” Von Dornum added. “So I don’t see that location monitoring is needed and I think it will hinder the treatments and other efforts that need to be undergone here.”

Assistant US Attorney Victor Zapana said the threats made by Welnicki should be taken seriously.

“There is a lingering concern about the threats he’s made. Again, they are very concrete and scary threats,” Zapana said.

Let’s see how often the words "Thomas Welnicki” are mentioned on CNN and MSNBC over the next 48 hours. https://t.co/UqTlkTWBt5 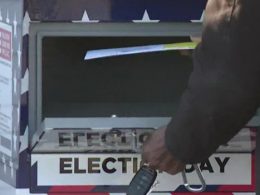