Biden’s Hopes Fall Flat, Dems Not Budging and Begin to Side With Republicans

A startling new poll released by Convention of States Action and conducted by the Trafalgar Group may be sounding the death-knell of the Biden-Harris regime. The incredibly massive radical left $3.5 trillion spending spree that Biden has sunk every bit of his political capital into is falling hopelessly flat with his own voter base. His fellow Democrats in Congress are starting to smell the death and decay in the air and are fleeing accordingly to save their own skins. The numbers are absolutely catastrophic for Joe and Kamala, as well as the sixty-plus badly at-risk Democrat Congress Members and Senators with a majority of likely Democrat and Independent voters in 2022 saying they are less likely to support the Biden-Harris regime’s budget if taxes and debt are included.

According to The Washington Examiner,

“Among Democrats in the new survey, provided to Secrets by Convention of States Action, 50.2% said they would be less likely to back the package if taxes are included.

Independents were even more down on it, with 73.7% less likely to support the plan if it includes debt and taxes.

Republicans were never supportive. In the survey conducted by Trafalgar Group, 92% said they were less likely to OK the package.

And overall, over 71% oppose the Biden package if it includes more taxes and debt.”

Mark Meckler, President of Convention of States Action, told the press “Independents and Republicans oppose this bill by huge majorities, as do fully half of Democrats. Almost nobody supports Biden’s runaway spending spree, The hard left can continue to make noise, but our elected officials know where the public stands on this monstrosity. This proposal is not happening,” 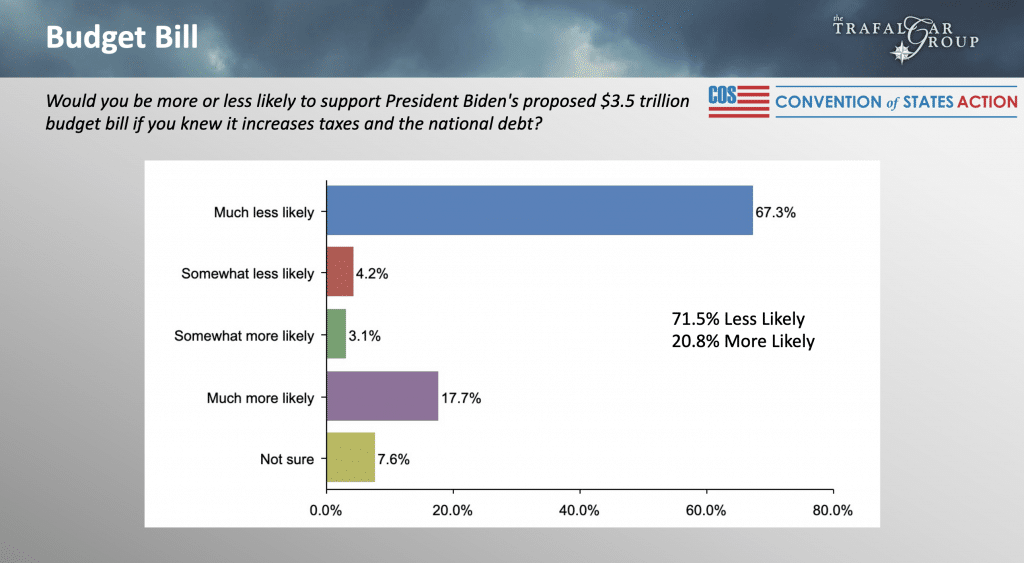 Biden Flat Out of Support As Moderate Democrats Side With Republicans

In a panicked bid to attempt some sort of recovery from the debacle, the White House on Monday and Tuesday met with tight groups of House Democrats virtually and reluctantly told them he expected the budget to come between $1.9 and $2.3 Trillion according to the Associated Press.

“I want to make sure that we have a package that everyone can agree on,” Biden told reporters Tuesday in Howell, Michigan, where he attempted to build public support for the wildly unpopular plan.

When asked by reporters how he would trim $1 Trillion from the massive spending proposed, Biden answered cryptically,  “My objective is to get everything that I campaigned on passed.” Adding, “It won’t all happen at once.” Based on these poll numbers, it appears that many of Bidens goals may not happen at all. 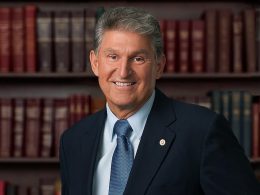 West Virginia Senator Joe Manchin, a Democrat representing a red state, voted against one of the Democrats’ recent…
byStaff Writer
No comments 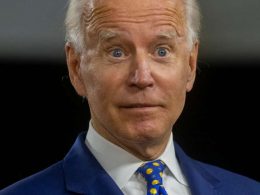 Joe Biden has been collapsing — both mentally and physically — quite often since taking office, and even…
byStaff Writer
No comments