BREAKING NEWS: Biden Approaches SCOTUS to Send Police Into Your Home in Search of Guns

The Biden administration is headed to the Supreme Court to urge the justices to uphold warrantless gun confiscation.

The Fourth Amendment case, which began with an elderly couple’s fight over a coffee mug, was described by Forbes in detail:

In August 2015, 68-year-old Edward Caniglia joked to Kim, his wife of 22 years, that he didn’t use a certain coffee mug after his brother-in-law had used it because he “might catch a case of dishonesty.” That quip quickly spiraled into an hour-long argument. Growing exhausted from the bickering, Edward stormed into his bedroom, grabbed an unloaded handgun, and put it on the kitchen table in front of his wife. With a flair for the dramatic, he then asked: “Why don’t you just shoot me and get me out of my misery?”

Perhaps unsurprisingly, the tactic backfired and the two continued to argue. Eventually, Edward took a drive to cool off. But when he returned, their argument flared up once again. This time, Kim decided to leave the house and spend the night at a motel. The next day, Kim phoned home. No answer.

Worried, she called the police in Cranston, Rhode Island and asked them to perform a “well check” on her husband and to escort her home. When they arrived, officers spoke with Edward on the back deck. According to an incident report, he “seemed normal,” “was calm for the most part,” and even said “he would never commit suicide.”

However, none of the officers had asked Edward any questions about the factors relating to his risk of suicide, risk of violence, or prior misuse of firearms. (Edward had no criminal record and no history of violence or self-harm.) In fact, one of the officers later admitted he “did not consult any specific psychological or psychiatric criteria” or medical professionals for his decisions that day.

Still, police were convinced that Edward could hurt himself and insisted he head to a local hospital for a psychiatric evaluation. After refusing and insisting that his mental health wasn’t their business, Edward agreed only after police (falsely) promised they wouldn’t seize his guns while he was gone.

Compounding the dishonesty, police then told Kim that Edward had consented to the confiscation. Believing the seizures were approved by her husband, Kim led the officers to the two handguns the couple owned, which were promptly seized. Even though Edward was immediately discharged from the hospital, police only returned the firearms after he filed a civil rights lawsuit against them.

What was the reasoning given by the police officers for seizing the man’s firearms? Not what you would expect. Rather than citing an emergency or claiming they were preventing imminent danger, officers claimed that the actions they took were a form of “community caretaking.”

Community caretaking, a narrow exception to the Fourth Amendment’s warrant requirement, was created by Supreme Court around 50 years ago. It was designed for cases which involved impounded cars and highway safety, giving police officers who are called to the scene of a car accident the ability to remove nuisances such as inoperable vehicles on public roads. Now, the Biden administration is trying to use the exception to violate the Second and Fourth Amendments.

A district court and an appellate court upheld the seizure of the firearms as “reasonable” under the community caretaking exception. The First Circuit Court of Appeals noted in its decision that “the doctrine’s reach outside the motor vehicle context is ill-defined,” and argued that the doctrine can be extended to cover private homes. The court ultimately ruled that the officers “did not exceed the proper province of their community caretaking responsibilities.”

The First Circuit Court also noted that a police officer “must act as a master of all emergencies, who is ‘expected to…provide an infinite variety of services to preserve and protect community safety.’” Through allowing the police to operate without a warrant, the community caretaking exception is “designed to give police elbow room to take appropriate action,” the court added.

Caniglia’s attorneys warned in their opening brief for the Supreme Court that “extending the community caretaking exception to homes would be anathema to the Fourth Amendment” because it “would grant police a blank check to intrude upon the home.”

A joint amicus brief by the ACLU, the Cato Institute, and the American Conservative Union revealed that, in areas that have extended the community caretaking exception to homes, “everything from loud music to leaky pipes have been used to justify warrantless invasion of the home,” .

“When every interaction with police or request for help can become an invitation for police to invade the home, the willingness of individuals to seek assistance when it is most needed will suffer,” the brief noted.

The Biden administration ignored these concerns in its first amicus brief, arguing that “the ultimate touchstone of the Fourth Amendment is ‘reasonableness,’” while the Biden Justice Department argued that warrants should not be “presumptively required when a government official’s action is objectively grounded in a non-investigatory public interest, such as health or safety.”

The Biden administration, like most Democrats, is ignoring the Constitution, specifically an important part of the Fourth Amendment: “the right of the people to be secure.”

In an amicus brief, the Institute for Justice noted that “to the Founding generation, ‘secure’ did not simply mean the right to be ‘spared’ an unreasonable search or seizure” but also involved “harms attributable to the potential for unreasonable searches and seizures.” Expanding the community caretaking exception to “allow warrantless entries into peoples’ homes on a whim,” the brief argues, “invokes the arbitrary, looming threat of general writs that so incited the Framers” and would undermine “the right of the people to be secure” in their homes.

“The Fourth Amendment protects our right to be secure in our property, which means the right to be free from fear that the police will enter your house without warning or authorization. A rule that allows police to burst into your home without a warrant whenever they feel they are acting as ‘community caretakers’ is a threat to everyone’s security,” said Institute for Justice Attorney Joshua Windham.

As usual, a law was written so poorly that it could be exploited. Instead of specifying that the “community caretaking” exception was in relation to motor vehicle accidents, they left it open to interpretation, allowing this serious violation of the Constitution. The Supreme Court has an important decision to make: are they going to side with the authoritarian Biden administration and allow the police to circumvent the Constitution, or are they going to side with liberty?

How terrified is the Biden-Harris administration of enhanced election integrity laws? So scared that they are brandishing the…
byMatthew Holloway 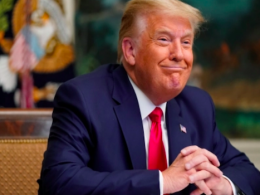 Conservatives have been warning about the “slippery slope” of Democrat policies for a long time, and their warnings…
byAnastasia Boushee