With reports rushing in that The Arizona State Senate will be releasing the preliminary report of the Maricopa County 2020 Election audit, calls are rising up from 5 more counties in Wisconsin for the state to complete their own forensic audit to determine what circumstances led to the massive electoral irregularities there. And more are on the way. Through the extremely successful rally put on by “Rise Up Wisconsin “ on August 6th, Republicans have been raising awareness and a statewide response is underway to the lack of real movement toward a meaningful audit from the legislature. The organization’s President, retired Milwaukee County Sheriff David A. Clark outlined their goals.

A major grassroots effort has been launched in all 72 counties to rouse state legislators to call upon Assembly Speaker Robin Vos (R) and Senator David LeMahieu (R) to endorse subpoenas from the Assembly Committee on Campaigns and Elections which were served on August 6th to Brown and Milwaukee Counties. The effort is consistent with the recommendations of State Senator Wendy Rogers of Arizona who has urged all states to execute similar audits.

Sen. Rogers told Real America’s Voice, “that she and other GOP lawmakers in Arizona “want other states, especially states with counties who used the machines to audit every possible county where the machines were used.” According to TheFreedomTimes.

She continued, “My point in elucidating all of these names and states is to show how very important it is for Arizona to get it right so that it is a packagable entity that can then be used and moved forward in other states,”

According to The Gateway Pundit,

“So far the GOP executive committees in nine counties have called for a full forensic cyber audit in the state.

Here are the counties:

The driving force behind the united effort to launch a full forensic effort in America’s Dairyland has been spearheaded by “an Ad-Hoc Committee of various individuals, political party members, and organizations committed to rooting out election fraud and standing for election integrity for all political affiliations in Wisconsin” according to a press release from “Rise Up Wisconsin”.

The Committee told the press in the release that their efforts are moving forward in spite of Governor Tony Evers (D) continuing efforts to undermine them,

“One of the components and take aways from the meeting included an immediate 72-County GOP effort, launched by the Ad-hoc Committee, to inform as many Wisconsinites as possible to contact their Legislative Representative to strongly encourage Speaker Vos (R-Rochester) and or Senator LeMahieu (R-Oostburg) to sign off on Representative Brandtjen’s, Chair of the Assembly Committee on Campaigns and Elections, subpoenas of Brown and Milwaukee Counties that were served on August 6th that included a 30-day response requirement.  In spite of the determination of Governor Evers to do everything he can to squash and quell any chances of ever getting to the truth of rampant and undeniable election fraud with the November 3, 2020 Election said, when asked by a reporter at last week’s press conference, “Hell no…” if clerks should comply with Representative Brandtjen’s August 6th subpoenas (Wisconsin governor vetoes GOP bills to restrict absentees (apnews.com) Associated Press, August 10, 2021).” 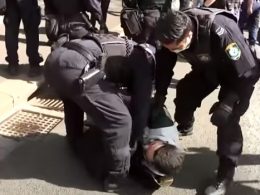 In an extraordinary victory for the long-suffering people of New South Wales, Australia, Premier Gladys Berejiklian announced her…
byStaff Writer
No comments 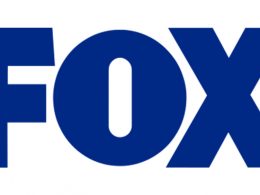 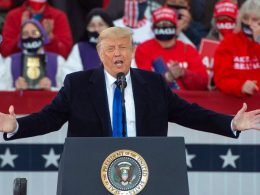 Trump Finally Gets Some GOOD NEWS…

As of late, Trump has been taking more than a few shots, but he finally got some good…
byAnthony Smith
No comments