One of those ubiquitous doorbell cameras caught something a lot more exciting than a porch pirate in action. Christmas Parade Massacre suspect Darrell Brooks was taken into custody live on video. Waukesha, Wisconsin resident Daniel Rider will be a lot more careful who he invites into his home from now on. He actually made the mass murderer a sandwich.

It was clearly an intentional massacre. He swerved out of his way to run down toddlers, some of whom are still fighting for their lives. The death count so far is five. Most if not all of the fatalities were “Dancing Grannies.” A Black man killed at least 5 and injured 40 predominantly White Christians celebrating a religious holiday. It happened in the wake of the Antifa inflaming Kyle Rittenhouse verdict.

The neon signs all say “lone wolf domestic terrorist.” What does the FBI have to say? crickets. Local police say he only drove through the crowd because he was fleeing from a common ordinary knife fight. Where is the investigatory panel for this insurrection?

Liberal reporters are hiding under their desks and calling in sick. They’re terrified because this massacre exposes their complicity. They really don’t want to explain why 39-year-old Darrell Brooks isn’t being charged with domestic terrorism.

So far, he hasn’t even been charged with a hate crime. They also don’t want to explain how he came to be running around loose on the streets when the bail jumping repeat offender had tried to run over his pregnant girlfriend the week before.

With the Rittenhouse verdict sure to inflame anarchist Antifa and Black Lives Matter factions, one would expect a city only 55 miles from the verdict epicenter to take some extra precautions at a large public gathering, especially one which involved Right-wing conservative White Christians.

A few extra officers providing security could have prevented a massacre. Not in the state which started the defund the police movement. Police aren’t allowed to stop crimes. That’s racist. Deplorable privileged Whites need to take the law into their own hands. If they wanted security, they should have called in the Proud Boys. At least, that’s the message the Democrats are sending.

Waiting for an Uber

After his casual massacre of White Christians, Brooks evaded the law on foot. The police aren’t admitting there were others in his vehicle because then they would have to go looking for them. The witnesses reported two others.

Time stamps on the doorbell camera footage confirms that “minutes after he allegedly mowed down revelers at the Sunday parade,” Brooks was on the porch of Daniel Rider. “The T-shirt-clad suspect is seen shivering outside the house, which is located about a half-mile from the parade route, and knocking on the door just after 5 p.m. Sunday.”

Rider made the mistake of answering the door. “I called an Uber and I’m supposed to be waiting for it over here, but I don’t know when it’s coming.” The audio on the equipment came in handy. “Can you call it for me please? I’m homeless.” He’s not homeless now. Rider hadn’t heard about the massacre.

He told local reporters that “he had been on a hunting trip and was watching a football game at the time of the incident, so he was unaware of what had just happened nearby.” Being a loyal Democrat, hearing the man was homeless triggered his White Guilt. He “invited Brooks inside, gave him a jacket, made him a sandwich and let him use his phone.” Then he looked out the window.

“All of a sudden, I look outside my street and I see a few cop cars drive by and I’m getting extra nervous.” It seemed a good idea to ask his guest to leave. Delicately. Just a suggestion. The massacre suspect “left but then began pounding on his door again, saying he left his ID behind.”

About then a vigilant neighbor dialed 911. “Then the next thing you know, you see the cops with lights on him saying, ‘Hands in the air! Hands in the air!'” The big question at City Hall is how do we explain letting him out of his cell for a measly $1,000 only 48 hours before the racially motivated domestic terror hate massacre. They better call George Soros to get a defense fund going for their prosecutor. After all, he owns them all so he’s responsible for their defense lawyer bills. 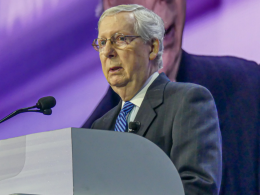 If polling stays where it is through election day, the GOP is going to get its butt handed…
byStaff Editor
No comments 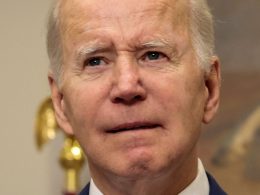 It BACKFIRED on Biden… Trump Just CRUSHED Everyone

How did the American people respond to the DOJ rummaging through the home of a former Republican president?…
byStaff Editor
No comments 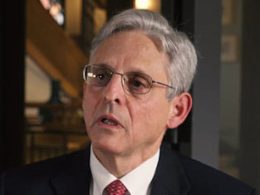