Video: Afghans Falling From the Sky After Trying to Jump on Departing U.S. Planes

The phrase “jump a jet” took on a whole new meaning at the airport in Kabul, Afghanistan today. Afghani citizens who aren’t aligned with the Taliban are so terrified they’re trying to hitch a lift out of the country clinging to a C-17. They waited too long to change their mind before finding out that doesn’t work. Disturbing videos show at least two men failing flight school.

Jump a jet the hard way

Americans woke up Monday to a screen full of chaotic images from Kabul. It looks a whole lot like Saigon but Minister of State Antony Blinken turns purple and yells “don’t say that” every time he hears it. Most of those images come from the international airport in Kabul. All commercial flights were grounded when the rabble rushed the runways.

Exclusive- A clear video (from other angle) of men falling from C-17. They were Clinging to some parts of the plane that took off from Kabul airport today. #Talibans #Afghanistan #Afghanishtan pic.twitter.com/CMNW5ngqrK

State Department Diplomats scrambled to save their own bacon with half the civilized people left in the country trying to jump on the plane, planning to hang on tight to the tail all the way to America. They barely made it past the end of the runway but by then it was too late.

As large numbers of people ran “in front of U.S. military cargo planes that were taking off,” the military was forced “to use helicopters to clear people off the tarmac.”

Soon videos started circulating around Twitter of “objects falling from the cargo planes once they were hundreds, if not a couple thousand feet, above the ground after takeoff.” The objects are people. They tried to jump on board, thinking they could escape by hanging tight.

Even the Wall Street Journal is criticizing the palace for what went wrong. According to the flaming liberal WSJ, “the Afghan military collapsed because they relied heavily on U.S. air support, and it could not function after Biden pulled U.S. support.” one former intelligence official and U.S. Marine who served in Afghanistan is ready to jump up and down.

“While the end result and bloodletting once we left was never in doubt, the speed of collapse is unreal. “Why were the Taliban able to so quickly take over? This is a masterpiece, frankly, operationally,” observes Michael Zacchea, a retired Marine who led the first Iraqi Army battalion. He wants to know “Why were they able to take the country faster than we did in 2001?”

BREAKING: At least 2 people fall to their death after holding on to a plane as it takes off from Kabul Airport pic.twitter.com/m7XU8lwo5S

A huge part of the problem is that the Afghan troops may be trained by the Americans but they aren’t nearly as good. We get the jump on our competition by operating the “world’s most advanced” technology.

When Biden ordered the withdrawal, that meant all the “air support, intelligence and contractors servicing Afghanistan’s planes and helicopters” went with them. After the big jump, “the Afghan military simply couldn’t operate anymore.”

The last thing Antony Blinken wants to hear is that history is repeating itself. Saigon is not on the Antifa® approved history reading list. As Daily Wire notes, the “same happened with another failed American effort, the South Vietnamese army in the 1970s.”

Retired Lt. Gen. Daniel Bolger remembers. He also “commanded the U.S.-led coalition’s mission to train Afghan forces in 2011-2013.” Biden tried to jump on Trump to push the blame off on the Deplorable but even Democrats stood up to that nonsense. Rebeccah Heinrichs, senior fellow at the Hudson Institute took off the gloves.

“He begins by listing what his administration is scrambling to do to avoid American and partner deaths, and to have the ability to conduct counterterrorism operations. And this horrible scramble with high stakes is all because of Biden’s order to withdrawal immediately. There is plenty of blame to go around for the failures in Afghanistan, but what happens as a result of the way the withdrawal happened will be Biden’s alone. He can’t pass this off on Trump.”

In Portland, Oregon this weekend, defunded and useless police stood back and watched as violent Antifa® brand anarchists…
byMark Megahan
No comments

Tribute to ‘One of the True Greats of Cinema’

One of the ‘true greats of cinema,’ Sir Sean Connery, passed away in his sleep at the age…
byMark Megahan
No comments 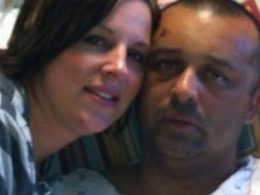 Man Freed After Shooting Cop In Head, LOOK at What He Does Next…