Trump never thought this day would come, but it has.

New York Attorney General Letitia James either just made her career or just ended it.

She announced fraud charges against Trump, and Trump, in turn, released a venomous rage against her.

James stated, “Mr. Trump and the Trump Organization repeatedly and persistently manipulated the value of assets to induce banks to lend money to the Trump Organization on more favorable terms than would otherwise have been available to the company, to pay lower taxes, to satisfy continuing loan agreements, and to induce insurance companies to provide insurance coverage for higher limits and at lower premiums.”

She further added that Trump made “more than 200 false and misleading asset valuations.”

Trump responded, “Another Witch Hunt by a racist Attorney General, Letitia James, who failed in her run for Governor, getting almost zero support from the public, and now is doing poorly against Law & Order A.G. candidate, highly respected Michael Henry.”

He continued to pile it on, adding, “I never thought this case would be brought — until I saw her really bad poll numbers.

“She is a fraud who campaigned on a ‘get Trump’ platform, despite the fact that the city is one of the crime and murder disasters of the world under her watch.

“She is a failed A.G. whose lack of talent in the fight against crime is causing record numbers of people and companies to flee New York. Bye, bye!”

This has to be it, right?

If James wins, Trump is done.

If Trump wins, James’ career is over and she is ruined.

James just pushed all-in, now we just need to wait for her to flip over her hand and see what she has. 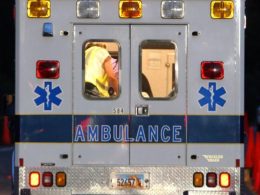 A veteran in the throes of intense cardiac arrest, septic shock, pneumonia, and with big, open injuries on…
byStaff Editor
No comments 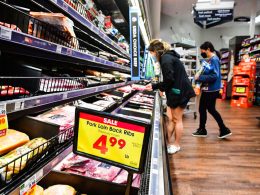 Some inflation watchers have actually watched for indications of peak inflation, preparing for that the U.S. consumer price…
byStaff Editor
No comments

Russia’s 3M14 Kalibr: What to know about Putin’s Weapon

On Friday, forces under command of Vladimir Putin moved in on the capitol of Ukraine, Kyiv. Ahead of…
byMark Megahan
No comments

There Goes a Bunch of More American Tax Dollars to Countries that Don’t Do a Thing for the U.S.

When defecit busting spending just isn’t enough, the Biden-Harris has shown that they are willing to fall back…
byStaff Writer
No comments