Top Secret Bases that ‘May or May Not Exist’

As the American peoples’ trust in their government reaches a tragic new low, inevitably interest in what they’ve hidden increases.

Recent upticks in both UFO activity and the government’s oddly straightforward admissions that: yes they exist and yes, they have no idea what they are leading more people to hope that perhaps there are huge, above Top Secret military installations dotted throughout the country filled with shadow government forces…

because at least that would mean that someone competent is running things behind the scenes. (Oddly, that seems reassuring compared to the gross ineptitude of the Biden-Harris regime). There are some top-secret bases in America that have become open secrets that essentially everyone knows about: Area 51 also known as ‘Groom Lake’ or ‘Homey Airport’, Utah’s Dugway Proving Ground, the Alamogordo Laboratories for example. But then there are those that we’re not so sure of, many of them so-called Deep Underground Military Bases ( yes, the acronym is D.U.M.B.) Let’s check out a few that ‘May or may not’ exist.

The Top Secret Bases That ‘May Or May Not’ Exist.

(But We Kinda Hope They Do) According to MysteriousUniverse, Dulce Base is “an underground facility said to be buried deep below the town of Dulce, New Mexico.” Author Nick Redfern described it though as almost a conspiracy theorist honey-pot created by the Federal Government. He explains,

“Back in the 1970s, Paul Bennewitz – who died in 2003, in Albuquerque, New Mexico – had his own company that stood adjacent to Kirtland Air Force Base, New Mexico. Its name was Thunder Scientific. On occasion, Bennewitz had seen – late at night and in the early hours of the morning – strange, unidentified objects flying over Kirtland Air Force Base and the nearby, huge Manzano Mountains. They could have been early drone-like craft. But, for Bennewitz they were alien craft. In ingenious fashion – but from the perspective of Bennewitz, in terrible fashion – a plot was initiated to, in essence, give Bennewitz exactly what he wanted to hear.

So, with that in mind, well-placed government agents, intelligence operatives, and experts in the fields of counterintelligence and disinformation, all fed Bennewitz fictitious tales of dangerous ETs, of thousands of people abducted and mind-controlled in slave-like fashion by the aliens, of terrible experiments undertaken on people held below the Dulce base, and of a looming confrontation between the human race and the deadly creatures from another galaxy. In other words, the Dulce Base probably does not really exist. On the other hand, UFOs, cattle mutilations, and black helicopters have all played “roles” in the story. Even the FBI took note of what was going on at Dulce.”

We Are The Mighty, recently posted the account of Philip Schneider who claimed “he was working on a highly secretive, underground base on the Jicarilla Apache Reservation in New Mexico, near Dulce, a Colorado border town” They reported that he alleged “the gray aliens were conducting bizarre medical experiments on mankind, both live humans and samples of DNA. He said that deep underground, the “Grays” would absorb human and cow blood for sustenance.” Schneider went public in the mid-90s with his story and killed himself two years later with a catheter cord. 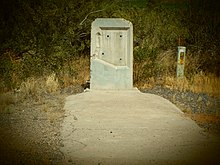 Cory Daniel, writing for The Phoenix Enigma has an entire post on alleged D.U.M.B.’s. Regarding an interconnected series of secret bases he feels exist in Northern Arizona he wrote,

“I believe the locations of these D.U.M.B.s to be under or near Camp Navajo located in Bellemont, AZ, The Kingman/Wikieup area, and maybe Munds Park; Of these three I’m leaning heavily to Camp Navajo and something north of Wikieup near the HWY 93 / I-40 junction. Aside from the staggering number witnessed UFO’s and testimony of strange military operations in these areas, I believe the following reasons to be grounds for these locations.”

Daniel cited, the region’s central locality “between the NSA building in Utah, the ICBM’s in southern AZ, NORAD in Colorado, Luke AFB in Phoenix and all the bases in California.” The location being upon the Colorado plateau, a geologically stable region that is easily tunneled through, as well as Arizona’s naturally ideal weather. He further addressed the valuable strategic location, ”

“Proximity to I-40, I-17, and Hwy 93. For the reason of supplying and logistics, both in times of emergency and day to day operations, I-40 is a main artery in the U.S. highway system. Camp Navajo sits right on this highway which connects with I-17 only 9 miles to the east and U.S. Highway 93 or the (NAFTA) highway to the west. Munds Park sits right on top of I-17 with I-40 connecting 20 miles to the north. Phoenix is the 6th largest city in the U.S. and is located only 2 hours to the south. The Wikieup/Kingman base would be located near the I-40 HWY 93 junction. Hwy 93 was also recently upgraded to interstate 11 and is slated to be the newest cross-country highway route connecting Canada to Mexico.

Proximity to the Santa Fe Railroad. We all know, or at least should know by now that almost every military base in the U.S. lays in extremely close proximity to a railroad. The rails are the most efficient means of moving mass amounts of supplies and construction equipment to any site, and these sites are located on or extremely near these rails.”

And of course, the entire area has a very low population density. 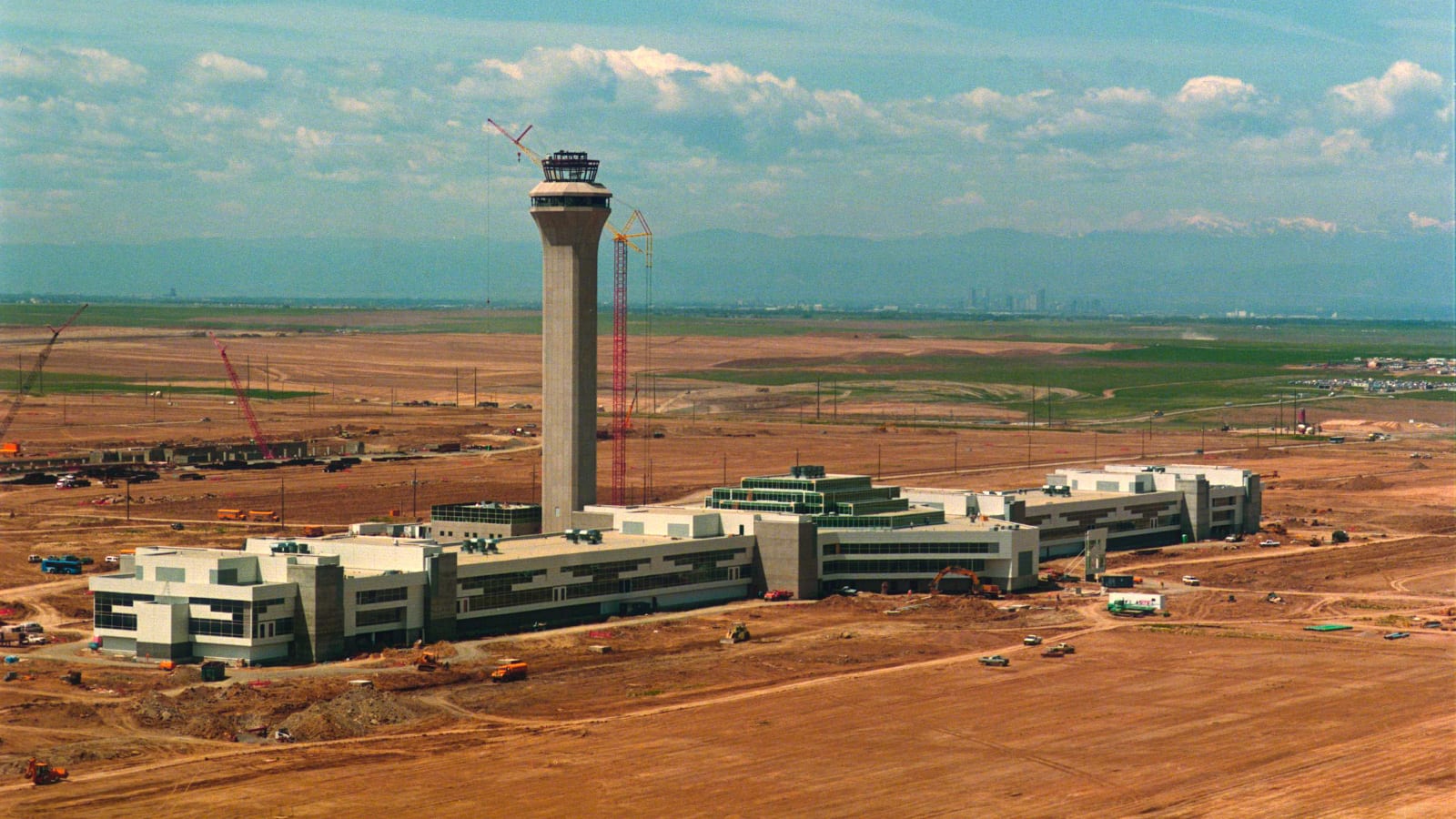 The Denver International Airport could have its own page on Reddit (… almost), and here we couldn’t even scratch the surface of the sheef quantity of lore. UncoverColorado wrote,

“There is known to be as many as 6 underground levels below the ground floor of DIA and possibly more that are not even known about. Beyond that, there are theories that tunnels exist all the way from the Colorado Springs Air Force Base to DIA and from the Air Force Base on to the Cheyenne Mountain Complex in the Rocky Mountains outside of Colorado Springs.”

“There have been many other theories about DIA. Some think it is the host of ‘Area 52’, aptly named after the real United States Government ‘secret’ base, Area 51. While theories about Area 51 are ubiquitous about aliens, downed UFO’s, and extraterrestrial life being held there, many people believe that DIA also may have unknown government secrets stored deep underneath it as well.

More reasonably, people surmise that DIA will be the United States Militaries headquarters if a war breaks out on its home soil or for other similar reasons. There is enough room for airplanes to be stored, barracks underneath, and infrastructure above for operations as needed.”

Thrillist had some fun with this one (See: Video below) But in all seriousness that last part certainly got our attention. We talk a lot about the utter staggering incompetence of the Biden-Harris regime, but what stunning capabilities are waiting just below the surface in the event that the American people decide that we’ve had enough of our Washington, D.C. overlords? Fun article, scary thought at the end though. Hopefully, that balances out.

When a whacked out passenger tries to storm the cockpit, flight crews are well trained to do the…
byMark Megahan
No comments

Leftist DA Makes It ‘Profitable To Do Crime In Los Angeles County,’