Things Turn Violent and Explosive in Wendys Drive Through

A 37 year old woman was so angry at being refused service in a Wendy’s drive thru that she decided to respond violently, leading to a felony charge.

Tia Taylor, 37, was in the drive thru of a Wendy’s in Euclid, Ohio when she began an argument with the employees.

“From our understanding, she was upset with her order,” said Euclid Police Chief Scott Meyer. “She felt it was taking too long and she had some choice words for the staff, letting them know her order better be right. The manager heard her swearing at the staff members. He then told her she would not be served and to leave the lane.”

Things only escalated from there. Instead of realizing she was wrong and calmly apologizing for her behavior, or simply leaving the drive thru like she was asked to do, Taylor decided to get violent.

“She was upset with that and she then fired three rounds. One hit the sign,” the police chief said.

Luckily, a police officer was nearby and heard the gunshots. He arrived at the scene and Taylor was arrested. No one was injured.

Taylor appeared in court on December 6th, where her bond was set at $25,000. As a condition of her bond, the judge ordered Taylor to stay away from the fast food restaurant and not to carry a firearm.

Her case was sent to the Cuyahoga County Grand Jury. It will be up to the grand jurors to determine if she should be indicted on a charge of improper handling of a firearm.

“The whole incident is just disgusting, this level of carelessness and recklessness,” said Euclid Police Captain Mitch Houser. “In my 26 years here, this is just one of the craziest things I can recall happening. This shooting could have led to any level of horrible outcomes.”

New Disease From China Makes the Jump to Humans 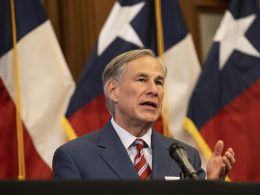 The very first day that Myakkahatchee Creek Environmental Park reopened to the public, the parents of Brian Laundrie…
byMark Megahan
No comments