They Got Him! He’s Been ARRESTED

The man who killed a Weld County North Jail Complex deputy this weekend has been caught.

Deputy Alexis Hein-Nutz was killed when she was struck by a car on her way to work.

Hein-Nutz had only turned 25 the week before.

She was a model officer to the point that when her death was announced, even the inmates wanted to help her family.

The man who allegedly killed her, Octavio Gonzalez-Garcia, is an illegal immigrant accused of DUI.

Capt. Matt Turner stated, “This could happen to anybody.

“All of this together made it nearly impossible initially for our people to investigate the crime.

“They had no clue who was behind the wheel of this car because he fled into a cornfield and disappeared.”

As a tribute to the deputy, Gonzalez-Garcia was taken into custody with the deputy’s cuffs.

Turner stated, “I’m holding her handcuffs right now, and I think what that speaks to is that she was a member of a team.

“She was an energetic person, and I think one thing that really speaks to the loss that we’re all experiencing is, over the last 24 hours, one of the inmates that she supervised actually reached out to other deputies and said, ‘Hey, my family would like to donate to the funeral.

“She did her job with integrity and with a goal in mind.”

Man Lights Nurse on Fire, Then Grabs Plumbers Wrench to Finish the Job 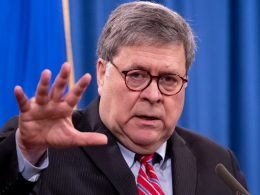