Officers Do Their Job and Stop A Killer on The Streets, Now Are Under a Microscope

Denver, Colorado is a safer place with Cedrick Vick out of the picture but that gets canceled out by the fact that nine Denver officers are off the street as well. They’ll be out of action while the local version of internal affairs crawls up their rectum with a microscope, simply for doing their job and protecting the public from a maniac killer.

Officers did their job

In these upside down days where patriotism is considered insurrection while burning and looting are protected and given a free pass as peaceful protest, nine Denver police officers are on administrative leave. They dared to do the unthinkable and canceled one ruthless killer’s Black Life to save their own, and lives of innocent bystanders too.

Liberals would prefer the maniac running around loose on the streets and the police behind bars. Randomly shooting at people in the park is no big deal, they insist. Putting an end to such behavior with a posse turned firing squad is the real crime to progressives.

It all started when 22-year-old Cedrick Vick was minding his own business on Friday, peacefully shooting at people at random in a Denver park. He needed a ride so he “carjacked a woman and her toddler at gunpoint.” He took off before the first of the officers arrived. Denver Police relates in an official statement that a “uniformed officer was in the area” and quickly responded.

He soon encountered “a frantic female who was holding an infant child.” As related by Commander Matt Clark, as “the subject was attempting to take her vehicle at gunpoint, she alerted him to presence of toddler in back seat of vehicle. She worked feverishly to remove that child from vehicle as he was attempting to steal her car.” She must not have been moving fast enough for him. “While she was trying to remove the child from the car seat, the subject fired one round at the female.” That’s not nice.

The first patrolman got descriptions of the car and suspect but it wasn’t hard to spot. “Responding officers spotted the car speeding through the intersection at Morrison Road.” As soon as they got behind the vehicle, he started blasting.

The official incident report calls the suspect “an individual who posed a significant risk to the community and needed to be stopped.” They were “directly behind the target vehicle in 500 block South Quitman Street when the subject” started shooting at the cops.

“Based on violent nature of the offenses the subject was involved in, “officers were authorized to pursue fleeing subject.” And pursue him they did.

They blazed down suburban residential side streets at sixty miles an hour before Cedrick lost control and crashed at First Avenue and Perry Street. “The subject immediately opened driver door and began acting erratically.” Suicidally so.

The subject, Cedric Vick, “began acting erratically, kicking [his] legs, waiving [his] arms in and out of the car, [and] reaching out.” He “remained in [the] vehicle, ignored repeated commands to show his hands and exit the vehicle.” Law enforcement tried real hard to “gain compliance from the subject.”

They patiently screamed at him “for nearly a minute before he suddenly raised a handgun, pointed it toward several officers directly north of him, [and] fired two rounds from the handgun.” That was the last straw.

According to Commander Clark, “In response to that, nine Denver police officers discharged their weapons multiple times, striking the subject. He was transported and deceased.” The public is safe and the taxpayers saved the expense of trial and jailing him. Now the cops are in trouble.

“Investigators are still in the process of trying to determine how many times the officers fired, but they say each fired multiple times.” They need to get their stories straight as an arrow, quick. “They each have to independently establish either a first or third party defense case to why they discharged their weapons. Simply firing because another officer fired would not be sufficient.”

In an interview with Steve Bannon on December 22, Rudy Giuliani discussed the election and actions being taken to…
byStaff Writer
2 comments

While driving north of Minneapolis, a woman accidentally struck a deer with her car. Little did she know…
byStaff Editor
No comments 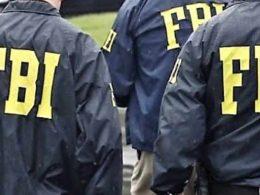 Agents from the Federal Bureau of Investigation (FBI) have arrested Rachel Powell, a mother of eight, and are…
byStaff Writer
No comments