Senior Marine commander for the Middle East, General Kenneth McKenzie Jr., is worried about commercial equipment being used as political weapons. Thanks to off-the-shelf Quadcopters available at the nearest Costco for about a $1,000, all you need is around ten pounds of explosives and you’re in the assassination business.

Political assassination for fun and profit

U.S. Marine General Kenneth McKenzie Jr. recently warned that commercially available quadcopter drones carrying small amounts of explosives are “the most concerning tactical development since the rise of the improvised explosive device in Iraq.” Now that drones are political weapons it will only get worse. As reported November 7, “three quadcopters flew into the heavily fortified Green Zone in Baghdad to attack the home of Iraqi Prime Minister Mustafa al-Kadhimi.”

It’s only a matter of time before Antifa anarchist terror cells or Black Lives Matter irregular forces pick one up at Walmart and send it against the local police chief.

Over in Baghdad, “two of the drones were shot down, but the third dropped explosives that blew in Kadhimi’s front door, injured at least five guards, and wounded the prime minister’s wrist.”

Nancy Pelosi thinks that the political climate in San Francisco is rough. Goat humping Iraqis have explosives just laying around by the side of the road and they aren’t afraid to use them. The thing that bothers the general so much is that these aren’t your standard government issue Reaper type drones.

“I’m not just talking about large unmanned platforms, which are the size of a conventional fighter jet that we can see and deal with by normal air defense means. I’m talking about ones you can go out and buy at Costco right now for $1,000,” McKenzie warned.

ISIS has been using off-the-shelf drones since the 2017 siege of Mosul “and the main venue is still Iraq.” They have it down to a political science there.

“A drone loaded with a two-kilo munition was found on a rooftop in central Baghdad in March, another was found nearby after it crashed in July, and U.S. forces shot down a quadcopter carrying explosives over the U.S. embassy later that month.”

Killing people remotely is nothing new. The fancy long-range drones packed with millions of dollars in equipment have been doing it for a decade. They have drawbacks. “those are big aircraft making big explosions and they usually avoid densely populated urban areas.”

A basic Amazon delivery drone has much more flexibility for political killing purposes. So far, America’s domestic terrorists have been limited to things like commercial grade fireworks and green lasers. In Iraq it’s a different story. “If you have some people who are good at making improvised explosive devices (a fairly widespread skill these days), then buy yourself a clutch of drones big enough to carry two or three kilos each and you can go into business right away.”

Thanks to hobby drones, “the golden age of political assassinations, dormant for a century, is probably on its way back in.” Of course, they can be shot down or otherwise neutralized but “they are small, fast-moving targets.”

Not only that, “they can be launched in large numbers, and they can avoid detection until the last moment by staying low amid the urban clutter.” If you preprogram them with GPS coordinate navigation, there aren’t even any signals to jam. Better yet, “they’re also untraceable. Even if you find the bits after the thing exploded, there will be no markings on the pieces that let you trace it back to the person who bought it.” 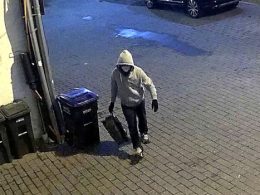 On Tuesday, the FBI released disturbing new video captured from local security cameras around the District of Columbia.…
byMark Megahan
No comments 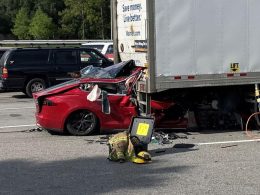 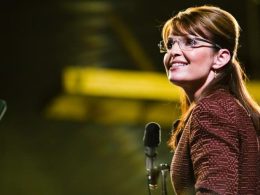 Joe Biden is panicking. That is the only word that I can think to describe what I am…
byStaff Editor
No comments