After public records requests were filed, Whitmer’s administration revealed that they had given severance payments of $155,000 to former Department of Health and Human Services Director Robert Gordon, and $85,000 to former Unemployment Insurance Agency Director Steve Gray.

When asked if the nine months of salary paid to Robert Gordon was “hush money,” Whitmer got defensive, but didn’t actually answer the question.

“I really bristle at that characterization,” she replied.

“It is the nature of a separation agreement when someone in a leadership position leaves is that there are terms to it and you can’t share every term to it. That’s simply what it is,” Whitmer added.

People are concerned about the payment to the former director of the Department of Health and Human Services due to the fact that Gretchen Whitmer and the department are directly responsible for implementing COVID policies that led to thousands of nursing home deaths. The Whitmer administration is also accused of trying to cover up the true number of deaths caused by her policies.

Michigan GOP legislators have announced that they will be holding hearings into the severance payments to Gordon, especially in light of the allegations that his severance was hush money, and the fact that the administration is still trying to prevent the actual data about nursing home deaths from being given to the public.

Peter Lucido, the Macomb County prosecutor, has revealed that he is unable to obtain information about deaths in nursing homes and long-term care facilities because of strict laws that shield the health care information of patients.

“If we find there’s been willful neglect of office, if we find there’s been reckless endangerment of a person’s life by bringing them in, then we would move forward with charges against the Governor. Of course, we would. Nobody’s above the law in this state,” Lucido told ABC 7 WXYZ on Monday.

“Why did my mom or why did my dad, brother, sister, or aunt die? Was it because of the policy by bringing in COVID-infected patients that spread to my mom that killed my mother?” Lucido said.

The prosecutor is asking people to bring information about COVID deaths in these facilities to law enforcement, and for people to file wrongful death lawsuits.

“This is not political everyone. This is about people who passed away at the behest of a policy that was created by the Governor,” Lucido added.

Gretchen Whitmer is clearly responsible for these deaths, but will she be held accountable? Steven Crowder, a conservative comedian who was one of the first to call Whitmer out for her actions, discussed this on his show recently:

Joe Biden just really screwed up. He told the truth. And he regretted it the second he did.…
byAnthony Smith
No comments

President Trump continues to send a clear warning to the Ayatollah not to try anything cute. Uncle Sam’s…
byMark Megahan
No comments 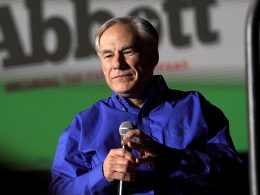 Chicago Mayor Lori Lightfoot is trying to one-up Texas Governor Greg Abbott. She did not do very well.…
byStaff Editor
No comments

The fallout from Senator McConnell’s (R-KY) comments during a local chamber meeting in Kentucky continues. McConnell pointed to…
byStaff Editor
No comments