Fired After 33 Years on the Job for Refusing Jab, Goes Out with Legendary Final Words

After 33 years on the job, this TV personality was fired for refusing to take the COVID vaccine. On his way out, he had some legendary final words.

Meteorologist Karl Bohnak, who had served as the weatherman at Michigan’s WLUC-TV for 33 years, has been fired after the station’s parent company, Gray Television, instituted a vaccine-or-else policy.

After TV6 fired Karl Bohnak, a beloved weatherman of 30 years, for his choice to not be vaccinated, the people of small UP town, Iron Mt., Michigan protested by the dozens and some called for a boycott of TV6.
The UPLP was on the scene. pic.twitter.com/zHcfviRGQX

Bohnak announced that he had been fired from the news station in a post on Facebook, borrowing a quote from New York Yankee icon Lou Gehrig’s famous farewell speech.

“Today, it is with a heavy heart, I announce after over 33 years, I am no longer employed at TV6. I am sad, but, to borrow a quote from a famous ballplayer, ‘I’m the luckiest man on the face of the earth’ because I had a dream as a kid to be a weatherman,” he began.

“That dream came true and to top it off, I got to broadcast weather for one of the most challenging, beautiful spots in the United States. As an added bonus, the people I broadcast to all across Upper Michigan were so kind and encouraging,” Bohnak added.

“Since I chose not to take one of the shots, I was fired,” he continued. “Many of you have taken one of these injections, and that is absolutely your right. It is also my right to choose the medical options I feel are right for me. I have authority over my body. I have decided against the vaccine option, first and foremost, because the manufacturers of these injections have absolutely no liability if injury or death occurs after the shot. I asked myself, would I buy brakes for my vehicle if the brake company had no liability if the brakes failed? No! So, I will certainly not allow a medicine in my body from a company that does not stand behind its product.”

Bohnak also made an excellent point about the real statistics behind COVID deaths, and how, realistically, a healthy adult is not at risk of dying, and therefore doesn’t necessarily need the vaccine.

“Now, if the risk of death from COVID would be significant, I might take a chance and get injected. However, for a normally healthy adult not housed in a nursing home or not suffering from serious comorbidities, the chance of surviving COVID is well over 99 percent. I will take the chance and go without a shot. I choose not to risk serious side effects,” he wrote.

But, according to Bohnak, a dark cloud has fallen over the land of the free.

“The abrogation of our liberty and freedom under the guise of a pandemic is very disturbing to me,” he wrote. “Hopefully, whether you lean right or left, you are concerned about what has occurred the last year-and-a-half. I just wanted to go about my business, ‘live and let live’, and keep my mouth shut. But this act by the federal government through corporate America has brought me to a crossroads. Our way of life, our freedom and liberty, is collapsing before our eyes.”

“It’s time to wake up to what is occurring here in America and across the world. We are being bludgeoned with fear, I believe, in an effort to control us. Eminent doctors, virologists and epidemiologists who post facts contradicting the ‘official’ accepted narrative regarding COVID are being censored; some are losing their jobs. It’s time to honor those who served. For me, I honor them by saying ‘Enough! I have the right to choose—we all do. If we do nothing, we will lose that right,’” he continued.

Bohnak concluded his post with an important point, writing:

“One last thought—a distillation of a portion of Jefferson’s masterpiece, the Declaration of Independence: ‘When tyranny becomes law, resistance becomes duty.’ Those who love America and the freedom and liberty it stands for, must speak up. Hopefully, it’s not too late.” 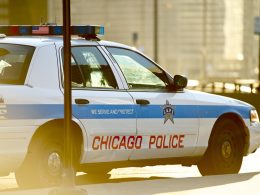 Democratic policies are accountable for the nationwide rise in criminal activity and fatal ambushes of officers, a leading…
byStaff Editor
No comments

Adam Schiff Gets ROCKED by Reporter on Live TV

There is nothing like watching Rep. Adam Schiff (D-CA) squirm on live TV. Schiff was bragging about criminal…
byStaff Editor
No comments

They really didn’t mean it, right? When the White House painted half this country as fascists, it was…
byAnthony Smith
No comments