Country music legend Dolly Parton has recreated her 1978 Playboy Magazine cover at the age of 75, and it is going viral.

Dolly Parton originally posed for the cover of Playboy Magazine in 1978.

In 2020, Dolly called into the Scott Mills and Chris Stark show on BBC Radio 5 and hinted that she wanted to pose for Playboy Magazine again in honor of her 75th birthday.

“I just might do it. If I can do it in good taste and they [Playboy] want it, we’ll do it along with a really good interview inside,” she told Mills and Stark at the time. “So, yeah, it’s possible. Yep, we’ve talked about it.”

Unfortunately, the magazine later announced that it would be ceasing publication of its print magazine after the Spring 2020 issue.

Despite the end of Playboy Magazine, Dolly still kept her word, posting a video to her Twitter account in a Playboy bunny outfit with the caption: “It’s always #HotGirlSummer for my husband, Carl. Happy birthday my love!”

“Today is July 20. It’s my husband Carl’s birthday and you’re probably wondering why I’m dressed like this. Well, it’s for my husband’s birthday,” Dolly began.

“Remember some time back I said I was going to pose for Playboy magazine when I was 75? Well, I’m 75 and they don’t have a magazine anymore but my husband always loved the original cover of Playboy, so I was trying to think of something to do to make him happy. He still thinks I’m a hot chick after 57 years — and I’m not going to try to talk him out of that,” she continued.

“I did a little photoshoot in this little outfit and I had a cover made of the new Dolly. The first one, remember this?” Dolly asked, showing viewers the older Playboy cover. “I was kind of a little butterball in that one. Well, I’m string cheese now. But he’ll probably think I’m cream cheese, I hope.”

“You think Playboy ought to pay me for at least a photoshoot? I do,” she concluded. 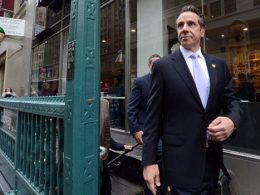 Here’s a very un-funny joke for you: When a corrupt elected leader get prosecuted for multiple different scandal…
byMatthew Holloway

With Impeachment Looming Overhead, Gov Whitmer Doubles Down With Full on Dictatorship

Governor Gretchen Whitmer of Michigan has doubled down with restrictions that smack of dictatorship, even with her impeachment…
byMatthew Holloway 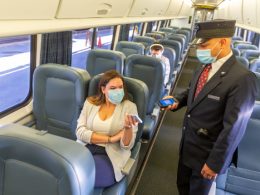 Report: Amtrak IGNORED Issues for Years, and Now They Need Your Tax Dollars to Fix Their F-Ups

Amtrak admits they let their systems become outdated and unsafe. Virtually all the bridges, stations and tunnels have…
byMark Megahan